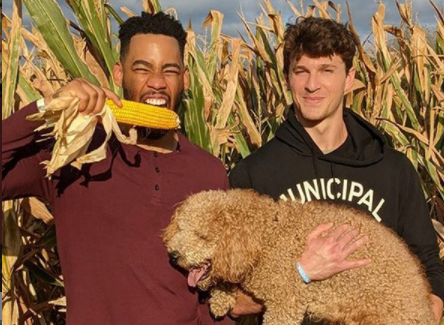 Former Bachelorette contestant, Connor Saeli is going to appear on another reality show. Since Rachel Bradshaw broke up with her boyfriend, Dustin, her family has wanted to set her up. Now her sister Erin felt like setting her up with the twenty-four-old.

In the clip where she set her up she said, “I know what my sister likes so if it takes me hooking her up with a hottie from The Bachelorette, I’m going to do what I have to do.”

The two went on a picnic date and hit it off after they’d been Facetiming. Rachel said she’d been talking to him constantly. She tells him on the date she wants him to meet the family because her last relationship was bad. She said no one liked him and didn’t tell her until after. 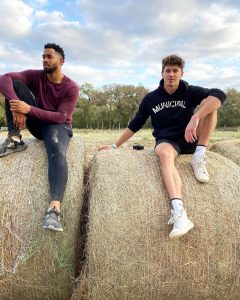 Fans know from Hannah’s season, Connor likes to be active and he used to swim competitively. At least he has an athletic spirit in common with Terry Bradshaw. In the sneak clip from E, Rachel and Connor are hanging out at her house together. They aren’t alone. Her other sister Lacey and her husband Noah are ready to give the third degree.

Connor comes to the house wearing a mask and Lacey takes his temperature. Noah has a clipboard and says, “before we get too comfortable, we have some questions. I mean, I don’t want to risk another situation where I fall in love with one of your boyfriends and it breaks my heart.”

Noah asks things like, “how many girlfriends have you had?” Connor wearing a mask seems good natured about it, but Rachel looks shocked.

In her confessional she says, “what the ***k are you doing Noah?” When he asks Connor Saeli about his five year plan he answers. He says, “I just started a business so I want that to grow and be successful. “Settle down, have kids, get married.” Connor just started his own health and wellness business that sells gluten free products. On their first date, he brought gluten free food which impressed Rachel.

Noah responds, “with Rachel?” It’s a truly cringey moment for everyone. Rachel then says in confessional she thought Noah would be the easiest one, but he grilled him.

Maybe It Could Be A Match Made In Reality Heaven

Connor Saeli quickly became a fan favorite on Hannah Brown’s season of The Bachelorette. He is good friends with another of her contestants, Mike Johnson. The two do everything together and often feature on each other’s Instagram accounts. If the six foot six businessman can impress Lacey and Noah, perhaps he can impress the rest of the family. See tonight if Connor makes the cut with The Bradshaw Bunch on E.