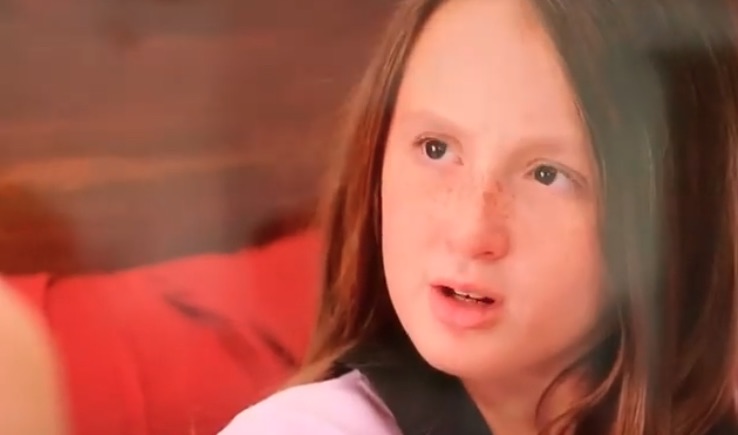 Lifetime’s new thriller, Dying For A Daughter, shows us how crazy things can get when a nurse gets too close to a young patient. This LMN movie stars Brittany Underwood (One Life To Live), Melanie Nelson (Gifts Of Christmas), Scarlett Roselynn (The Wrong Stepmother) and Brandon Ray Olive (NCIS).

Are you ready for a really intense Lifetime thriller?

What Is Lifetime’s Dying For A Daughter About?

According to the Lifetime synopsis, Samantha’s (Nelson) life has been permanently altered. While driving on a curvy road, with her 10-year-old daughter Cassie (Roselynn), her car crashes.

The traumatic accident has changed their lives forever. Sam is ok, but she has the pain of knowing her daughter is seriously hurt. Cassie is now bedridden, having sustained many serious injuries. Add to that, Sam’s marriage to Tom (Olive) is not as stable as it should be. She needs to figure out how to make things right.

Now, Sam turns to getting some help to care for her daughter. She enlists Margaret (Underwood), to care for her daughter, as Sam tries to put her life back together. Margaret comes into Samantha and Tom’s life and turns it upside down. However, Margaret is ready to take over the household. She realizes that Tom is a bit of a player, and starts to flirt with him.

Sam sees what is happening, and gets angry with her husband. Instead of things getting better, her relationship with Tom worsens. Soon, Tom and Margaret are hanging out and drinking together.

Dying For A Daughter premieres on LMN, on Saturday, November 7, at 8 p.m. Eastern.

Dying For A Daughter Is About Relationships

Lifetime’s Dying For A Daughter is really about mother-daughter relationships. Sure, a mother is the the one to love and protect her child. What if she is not the biological mother?

This Lifetime movie explores what it is to be a good mother. At what lengths will a mother go to protect her child? This LMN thriller will go to the extreme in this latest movie!

Scarlett Roselynn is very excited for this movie. On Instagram, she wrote, “So excited my thriller Dying For A Daughter is on LMN this Saturday 11/7!!! I had so much fun filming with such a wonderful cast and crew!!! Hope everyone can tune in and don’t forget your popcorn!!! #scarlettroselynn #Lifetime#dyingforadaughter”

Moreover, you may have seen this young actress on Mix-ish, The Wrong Stepmother, or A Mother’s Secret.

Don’t forget to catch Lifetime’s Dying For A Daughter. Part of the Hateful and Grateful series, it premieres on LMN on Saturday, November 7, at 8 p.m. Eastern. Ready for some Christmas movies? It’s A Wonderful Lifetime is airing festive movies 24/7.