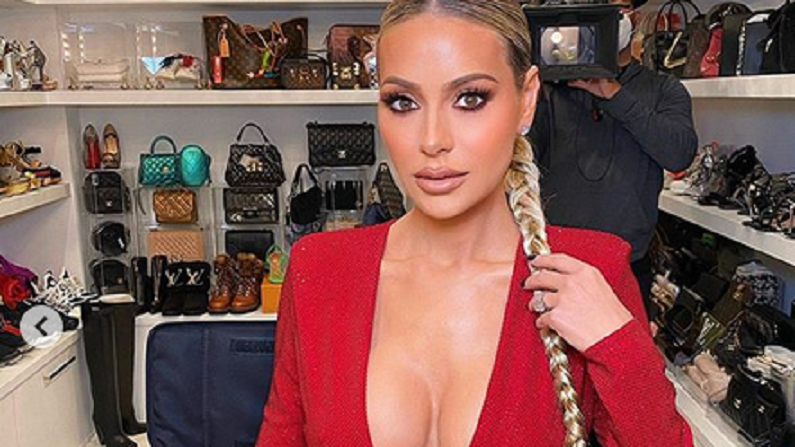 Dorit Kemsley revealed that she voted. And she commemorated the moment with a makeup-free selfie. The Real Housewives of Beverly Hills star is known for her glam looks. On Season 10 of the Bravo series, Kyle Richards shaded her glam photoshoots.

But that hasn’t stopped Dorit from having them. Over the past few months, however, fans noticed that she’s looked a lot different lately. Then a before-and-after photo of Dorit went viral on social media. This led the plastic surgery rumors to swirl once again.

Now, Dorit is sharing what she really looks like. She shared a relaxed and casual look on Election Day.

On Tuesday, November 3, the television personality shared a rare photo of herself. In two new photos, Dorit Kemsley showed off her makeup-free look. The Beverly Beach designer wore eyeglasses, a baseball cap, and a white hooded sweatshirt. In the photo, Dorit pointed to her “I Voted” sticker.

The reality star just came back from the polls. And she wanted to share the moment with her followers. In the caption, Dorit simply wrote: “Voted” with a series of American flag emojis. She previously wrote, “Voted ususus,” which encouraged trolls to enter the comments section.

The makeup-free selfie received over 22,000 likes and over 300 comments. Of course, most of the comments were filled with Trump and Biden lovers. But there were some fans who were in shock over Dorit’s selfie. Others were disappointed that she didn’t go glam for Election Day.

Dorit Kemsley had fans talking about her selfie. She rocked a casual look that’s unlike her other Instagram posts. The busy mom loves to play dress up. And she makes time for glam when she’s not tending to her children. Here are just some of the comments over her makeup-free selfie:

However, some fans questioned Dorit’s selfie. They claimed they could notice her cheek fillers. Others wondered why she was covering her eyes. But most agreed that Dorit looks beautiful without makeup. It’s clear that she doesn’t need her glam looks to look good.

Who did Dorit vote for?

That was the question on other fans’ minds. Most of them flocked to the post to ask Dorit Kemsley who she voted for. But she will not say who. Aside from editing the caption, she kept her political positions to herself.

Dorit previously showed support for the LGBTQ community and the Black Lives Matter movement. However, she did go glam for Election Day. Dorit followed up with two new posts showing off her plaid ensemble complete with tights, ankle boots, and “VOTE” hair clips. As fans know, Dorit loves her hair clips as much as she loves her glam looks.

Do you love Dorit’s makeup-free selfie? Sound off below in the comments section.