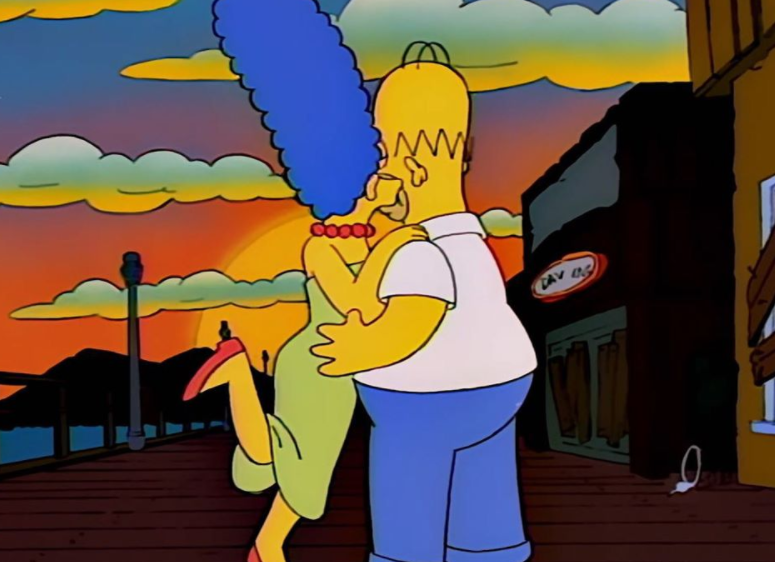 There have been several retcons in the backstories of The Simpsons. This is true of Marge and Homer Simpson’s meeting as well. Over time The Simpsons has a floating timeline so no one gets older. Maggie is perpetually a baby and so on.

The Simpsons came out in 1989 and has been the longest running American sitcom in history. The show follows the members of the title family and those people that surround them in Springfield.

Here Are Some Ways Marge And Homer Simpson’s Story Changed

There are a couple of changes that have been made to Marge and Homer Simpson’s backstory over the years. First in the episode titled “The Way We Was,” the two met in high school. This happened because Marge got detention for going to a feminist rally and Homer was there for smoking.

Homer pretended to be a French student so Marge would tutor him, but then she found out he lied. According to Screenrant she went to the prom with Artie Ziff who tried to force himself on her. She went after Homer and they got together.

In another episode later on titled “The Way We Weren’t,” they met when they were kids. Homer didn’t use his correct name at summer camp. Marge didn’t put it together until much later. That is considered an addition and not so much a retcon. 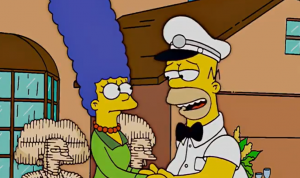 The Storyline With Bart Coming Into the Picture

In the episode “I Married Marge,” she accidentally got pregnant in 1980 and he proposed. When they married, she was already showing. In the episode,”Lisa’s First Word,” Homer Simpson, Marge, and Bart lived in an apartment. When they learned she was pregnant again, they bought the house.

In a different episode, they already lived in the house when she told Homer she was pregnant with Bart. He ripped out all his hair.

Then They Got Really Confusing

In a later episode, Homer Simpson and Marge lived in an apartment in the nineties. They didn’t have kids and Marge got accepted to college.

Lisa did some math in the episode and determined Bart was born ten years after they graduated high school. This does not line up with the previous timeline at all. Fans hope the writers will keep in mind that fans don’t like it when established storylines get ignored.

Other Facts About Their Relationship

A couple of years ago The Gamer addressed top ridiculous secrets about Marge and Homer’s relationship. They focused on one Treehouse of Horror episode. In one, Homer wrote a note to Marge that he gave her his soul for marrying him. That meant when he sold his soul for a donut it didn’t count.

It also covered a time Homer divorced Marge to give her a perfect wedding. Even though they remarried, the reverend’s wedding license expired. They had to get married again in Season 20, having been divorced since Season 9. The Simpsons shows no sign of slowing down and with no end in sight, their loyal followers will still have plenty of history to discover.

Could Hallmark, Lifetime Christmas Movies Be Canceled Due To Hollywood Strike?
Blake Horstmann Defends Kendall Long After Confrontation With Joe Amabile
‘Deadliest Catch’ Exclusive: The Worst Is Yet To Come In Nail-biting Season 17 Finale
Jeremy And Jinger Vuolo Dragged For Using Daughters As ‘Props’
‘Wentworth’ Season 9 Netflix Release Date: What To Expect, When