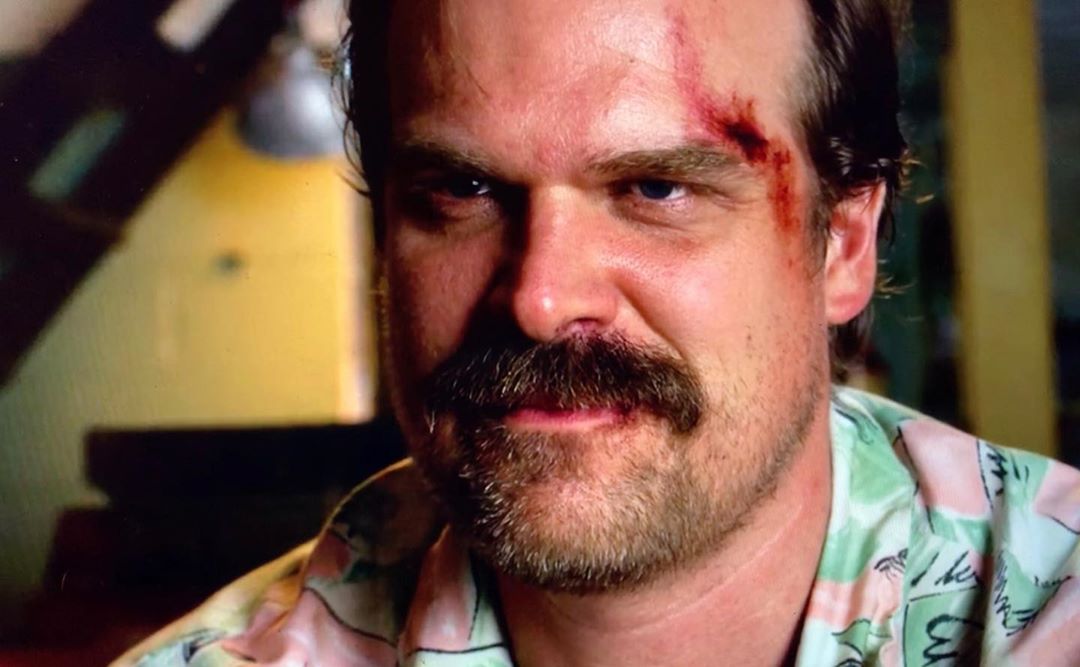 The 45-year-old actor recently got candid about auditioning for the role of Jim Hopper. Keep reading to here what the incredible actor had to say.

Now, it is important to keep in mind Stranger Things is not the first acting role for David Harbour. But, it is his first leading role. In fact, when he auditioned, he felt like it was his last chance to get a leading role. His last change to really create a name for himself.

“It felt like a last at bat for me. And I was like, if I’m going to do this, I’m really going to swing for the fences and put my whole soul into this thing.” He explained to Cigar Aficionado.

Prior to landing his Stranger Things roles, David Harbour has had a few small roles. Including one in Brokeback Mountain and The Green Hornet. Unfortunately, he was always a supporting character somewhere in the background. Likewise, he often ended up as a bad guy in the background. He was never the leading hero.

David Harbour wasn’t complaining about his Hollywood career though. He was happy with what he had done over the years. With his minor roles, he was able to earn money and explore his acting career.

It was good — I could make a living and could support a theater career that allowed me to do more artistic kind of stuff, but I had really given up on the idea that I would be able to tell stories that I really cared about in TV or film.”

Winona Ryder, Millie Bobby Brown, Finn Wolfhard, Gaten Matarazzo, Caleb McLaughlin, Noah Schnapp, Natalia Dyer, Joe Keery, and Charlie Heaton star alongside David Harbour in Stranger Things. Fortunately, we know a Season 4 of the Netflix Original Series is happening. Production of the series only recently kicked off after being delayed by the pandemic.

It was also confirmed that David Harbour would be in Season 4. This was shocking and relieving news for many as his character appeared to die in a heroic manner during the Season 3 finale.

Turns out, David Habour really enjoys playing the role of Jim Hopper. During his interview with Cigar Aficionado, he opened up about the personality of his character.

There is a real, lonely darkness to him. He’s really dead inside. He’s in this place of deep regret and then he has to confront his worst fear. I just went into this dark world. I’d shoot, just go back home, I just lived in this sort of dark place. It took me like a solid week to let it go.”

So, are you happy David Harbour landed the role of Jim Hopper? Could you see anyone else playing that character? Share your thoughts in the comments.