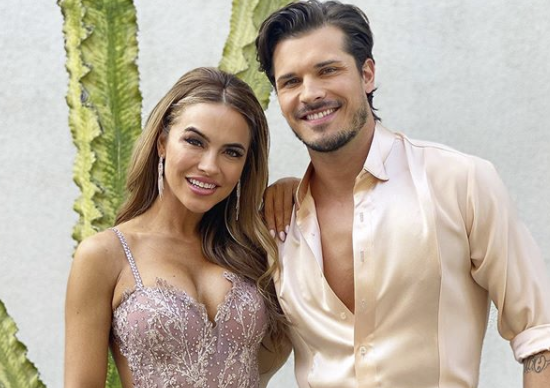 Selling Sunset star Chrishell Stause exited Dancing With The Stars on Monday. Many fans were very sad to see her go and hoped she might stay a little longer. Chrishell will certainly miss the competition too but admits she learned many valuable lessons during her time on the show.

“The biggest lesson I’ve learned about myself is just because you don’t know how to do something, doesn’t mean you can’t. It just means you haven’t learned how to yet,” she wrote in a blog for ET. She had no prior dance experience before joining the cast but was determined to give it her all from the start.

She also comments on the genuine friendships she made during her time on the show and hopes they will all stay in touch. As much as she loved performing, she says she knew it was over when the judges had to choose between her and Skai Jackson.

Well if you were only going to get one vote right, you picked the right one! Obviously I am heartbroken to be off of #DWTS but seeing that voters turned out in record numbers in the election is so exciting! https://t.co/L6VKkER3AH

Chrishell Stause Found A New Family On The Show

“Dancing With the Stars was such a family, community environment. I will always look back on this experience as one of the most fun, exhilarating things I’ve ever done. It kind of feels like when camp is over. I hope we all stay in touch, because it really does bond you.”

But perhaps the strongest connection Chrishell Stause developed was with her partner, Gleb Savchenko.

“As for Gleb, I’ve gained a lifelong friend in him. You really become so bonded through this process. I’ve already introduced him to my Selling Sunset friends because I knew they would all love each other. I would love to plan a big group dinner as soon as we can do so safely,” she tells fans.

So What Will She Do Next?

Chrishell had a great time, but she admits she’s ready to give her body a break. Learning new choreography each week and preparing for a new episode each week can really take a toll on a person’s body. The Selling Sunset star says she plans to relax on a nice beach somewhere and eat plenty of baked goods. But she isn’t ready to give up her dancer’s body quite yet.

“I really love how healthy I have become in this process, and I am going to try and stay really active to balance my love for cookies — ha! I am not fully ready to lose my new dancer muscles,” she jokes.

And after all is said and done, perhaps she may even become the next Bachelorette!

So now that Chrishell Stause and Gleb Savchenko are out of the competition, who are you cheering for? You can catch new episodes of Dancing With The Stars on ABC at 8 PM eastern time on Monday nights. Who do you think will take home the Mirrorball Trophy? There are still plenty of amazing performers left. We want to hear what you think.