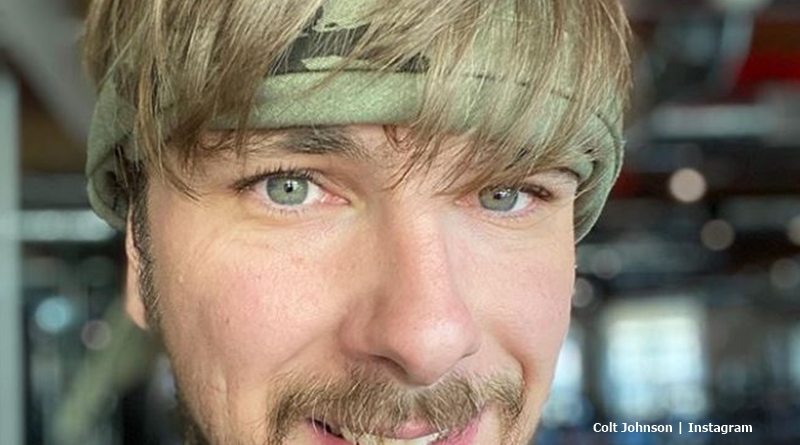 90 Day Fiance fans love the way Colt looks these days. Actually, he slimmed down a lot. And now, they love his post about the current stressful situation. And, the TLC star made a lot of fans feel a little bit better about the dreadful events of 2020.

We reported on October 21, that Colt lost a lot of weight. When he shared a recent photo, even his ex, Vanessa Guerra noted, “Lookin like a snack.” Recall that he admitted he cheated on Vanessa. But, everyone seemingly moved on from then. And, Colt also works on the way he l0oks now. At one stage, he carried a lot of extra weight. Also, Colt often looked stressed with the various women on TLC. But, he looks remarkably relaxed right now.

When the 90 Day Fiancé star shared his photo and wrote about taking a break, he sat outdoors with his cat. His caption talked about “2020” as being “rough.” And, he feels that the year brought darkness and difficulties. Making it worse, he noted, “guess what? It will not stop tomorrow or the next day.” So, he suggested that people “take a break… and think about something else.”

A lot of people complimented Colt on the way he looks so much slimmer. One of them wrote, “Wooooow great job on that weight loss.” And, another one noted, “Nice job on your weight loss Colteee!” But, most people talked about the message about stress and taking a break.  In fact, a few of them felt the word “rough” seemed like an understatement. A fan commented, “Rougher than rough if that’s possible!”

Other 90 Day Fiance fans appreciated the reminder about just dropping all the bad thoughts and taking a bit of a break. One follower noted, “colt thank u for this – i needed to hear it from you to really let it sink it. bless up hope you’re well colt.” Then another one commented, “Inspiring words, and looking good. Well done!” Actually, many people assume everyone hates Colt because of his mother, Debbie. But that’s not completely true.

Colt has a lot of loyal fans

The TLC star racked up just over 200k fans. Possibly, that seems much lower than people like Big Ed. But, his numbers stay fairly consistent. And, those fans say some nice things to him. Plus, he’s a cat-lover which also attracts fans. More 90 Day Fiancé fans commented about taking a break: 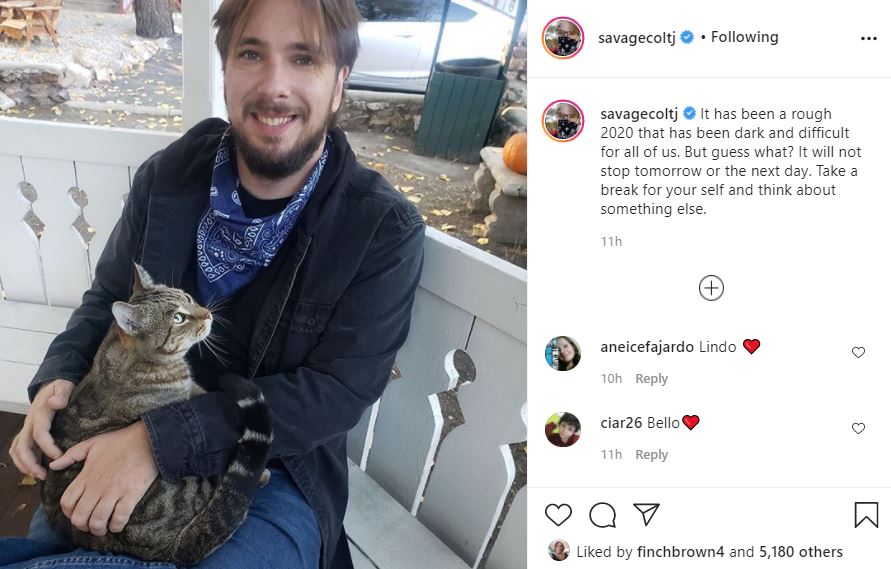 What did you think of Colt’s advice to think about something else and just take break? Sound off in the comments below.

Erika Jayne Compares Herself To ‘Street Fighter’ Character Chun-Li
‘Welcome To Plathville’ Ethan Accuses Olivia Of Changing
‘GH’ Spoilers: Sonny Is Back And Furious, Limo Explodes Shakes Up PC
Jessica Batten Of ‘Love Is Blind’ Gets Happily Ever After
Jennifer Aniston Reveals She Is Not Attending The Emmys This Year And Why