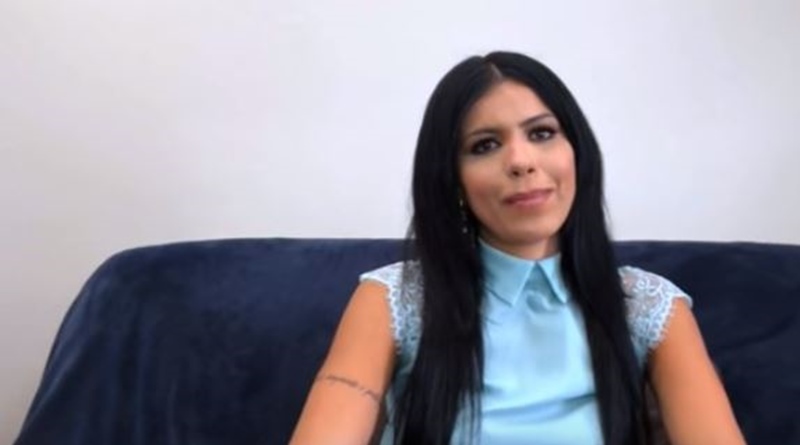 90 Day Fiance fans seem disgusted with Larissa Lima. They saw her nearly get deported after she married Colt. And then, she and Eric got together, only to split and make up again. Then, once she paid him back for her plastic surgery, she apparently split from him again. And now, she made an offer that some people think is unseemly. And, she touted Joe Biden when she can’t even vote.

We reported that Tom Brooks found disfavor with Rebecca Parrot and a lot of TLC fans. It came when he urged people to vote for Trump. And, he gave them a bit of a lecture about why they should not vote Biden. Unimpressed fans grew very angry because of that. They understand that people across the world hold opinions on the elections. But, they hate that those who can’t vote in the country start pushing for a vote for one candidate over another.

Larissa also received a poor response as she shouted out Biden. And, it seemed a bit unseemly, as well. The 90 Day Fiancé star took to Instagram and shared a promo for her OnlyFans. Screenshot and shared by @90dayfiancegossip, the post said, “If Biden win my OnlyFans will be free for one day, (sic).” Then she added the hashtag “#BYETRUMP.” Well, that annoyed fans as Larissa switched from Trump sympathy to Biden.

Larissa Lima can’t even vote. And, fans know at one stage she seemed all about Trump. Plus, the idea of watching her on her OnlyFans seemed a rather silly reward, some people thought. One wrote, “Wow what a great deal.. smh talk about priorities 🙈🙄.” And, another fan noted, “Isn’t that foreign election interference?” Others slammed her and suggested that she just flip flops for more followers.

Critically, a person noted, “Hating Trump is so cool to do though. This dumpster…would jump on any band wagon to get more likes and followers 😂 f–k off, Larissa. U don’t even count.” Then, this comment rolled in: “i bet she would have s*x with either Trump or Biden if they grant her a US citizen. She has no shame and dignity.” Plenty more 90 Day Fiancé fans said some horrid things about Larissa. It seems they feel angry that she uses the elections just for more OnlyFans members.

Lots of people turned on Larissa because she spent so much money on her body sculpting. But, she left kids behind in Brazil that could better use some of the cash she raises.

What do you think about the 90 Day Fiancé star offering OnlyFans for free if Biden wins the election? Do you think she just jumps on the bandwagon? Sound off your thoughts in the comments below.