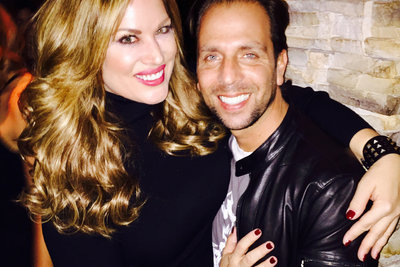 For the Season 14 of RHOC, viewers watched as Emily Simpson coddled her husband, Shane, as he attempted to study for the bar exam. He holed up in hotels in an attempt to pass the test, which had a 40.7% pass rate in 2018, according to Wikipedia. Emily has been a practicing California attorney for years now, passing the bar on her first try.

Though Shane was licensed in Utah, he could not seem to get it right in Orange County. This left the two bickering whilst  Emily was working, raising their three young children, and battling a bad hip. She also discovered she needed a hip replacement and was in the “obese” weight range. Unfortunately, after the season ended, Shane did not pass the exam upon taking it twice. Now in its 15th season (and Emily’s third), the wife, mother, and lawyer gave an update on where her hubby stands with his law career.

Did Shane Take The Exam Again?

“Well he hasn’t taken it recently. He does every once in a while tell me that he plans to take it again. I’m just like ‘OK.’ I don’t even want to know if he takes it again. I don’t know, can you just take it and not tell me? It stresses me out. It just stresses me out too much and then it becomes part of the show and everybody talks about it.” Shane being unlicensed was a huge issue with his parents, who consistently talked about the exam. They were extremely supportive of him and Emily but desperate for him to pass.

What Does Shane Do?

Since moving from Utah, Shane has been a Claims Investigator for APEX Investigation since 2015. He also gets a lot of mockery on social media for his attitude towards Emily. However, Mrs. Simpson shared their marriage is much stronger than before. “And we are [doing better] and I think we’ve just gotten to the point where it’s just — he really doesn’t care. He handles all of that so much better than I do. I’ll be like, ‘Oh my gosh, people,’ and he’s like, ‘I don’t care.’ He really doesn’t care. So I have to give him props for really just the show and people and their opinions of him, they literally do not affect him at all.”

If Shane does take the bar again, maybe he should keep it low-key and stay under the radar. But, if his skin is as thick as Emily says it is, he can shout it from the rooftops, no matter what the outcome is. That test is not one I would want to take ever! You can watch their marriage unfold every Wednesday night on the RHOC at 9pm only on Bravo.