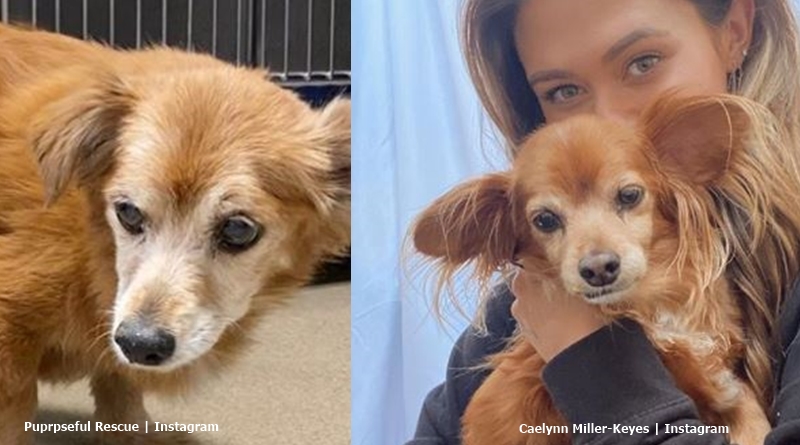 BiP stars, Dean Unglert and Caelynn Miller-Keyes garnered many loving fans. And, that changed to adoration when they took in Pappy, a dog that looks uncannily like Yoda. The old doggie lives a life of bliss with them now. And, his presence helped them cope with quarantine. But possibly, Dean just dropped a hint they consider getting Pappy a sibling.

Will the BiP Stars, Dean and Caelynn resist this Pappy look-alike?

Pappy, originally a foster pup, ended up adopted by the Bachelor in Paradise couple. Fans fell in love with the little dog. He came along with health issues and they hoped that they give him the best life in his golden years. Often, fans see the cute little man out and about with them. In fact, we reported that he helped the stars get through quarantine.

In May this year, Caelynn told US Weekly that she felt lucky that Pappy’s in her life. He helped her get out and about with walkies. Actually, it seems wonderful that she so kindly gave the dog a good life. And, he repays her by just being Pappy, a comfort and a healer. However, will the BiP couple possibly consider another rescue dog? And, it looks exactly like Pappy. 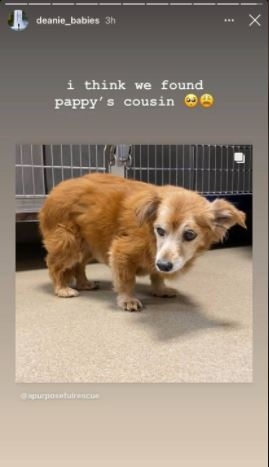 Another rescue dog for Dean and Caelynn?

On Wednesday, Dean shared a photo of a dog on his Instagram Stories. It looks very much like Pappy and it also looks like it sits in a shelter. Behind the sad-looking doggie, cages suggest he came out of one. Oh, the uncertainty on its face! You might feel that the pain of betrayal just jumps out at you. Old, like Pappy, it stands there alone and looking friendless.

Dean captioned his photo with, “I think we found Pappy’s cousin.” Actually, the dog appeared on the Purposeful Rescue page. They captioned it with, “Bless his sad little Grampa heart. To be 13 years old and in a shelter just ain’t cool. Hang tight, little man. We’re coming!” On the post, someone tagged the BiP couple, saying, “Pappy related?🥰.” And another ABC fan said, “@caelynnmillerkeyes @deanie_babies this baby looks like Pappy!!!! ❤️ 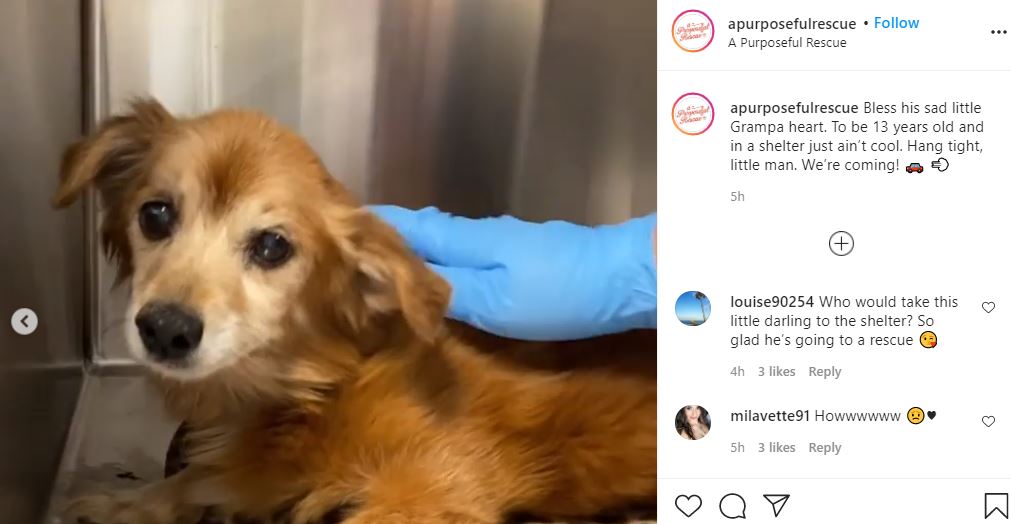 Heartbroken fans hope that the Pappy look-alike soon finds a loving home. One of them wrote, “What is the matter with ppl😭 you don’t have a dog all his life and when he gets old you dump him at a shelter. 😠 they don’t deserve that, poor little man, hope his foster gives him tons of love💕.” Dean didn’t say they plan on taking in a foster sibling for Pappy. But, plenty of other people put their hands up for it.

If Dean and  Caelynn don’t take the dog in, at least lots of other people already express interest in letting him live out his life in a loving home like the BiP pup.