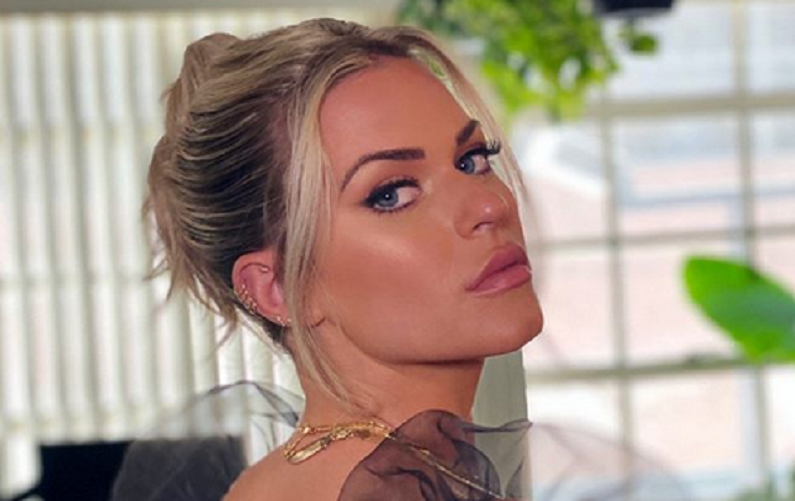 Dayna Kathan dressed up as a sexy Ruth Bader Ginsburg on Halloween. She shared her costume on social and fans slammed her for doing so. The Vanderpump Rules cast member shared a photo of herself in a black lace high-cut bodysuit, fishnet stockings, and black sheer gloves with a white collared jabot.

She accessorized the look with eyeglasses and hoop earrings. Dayna even styled her hair similar to what Ginsburg wore. Several of her fans reacted to her costume. Most of them were in unison that the costume was insensitive to the late Supreme Court Justice’s legacy.

On Sunday, November 1, Dayna Kathan took to Instagram to post the controversial photo. She dressed up as the “sexy” version of Ruth Bader Ginsburg. She was slammed by her followers for doing so. However, Dayna has since turned off comments on her Instagram post.

In the caption, Dayna wrote: “‘my mother told me to be a lady. and for her, that meant be your own person, be independent.’ -notorious RBG” At the time, many of Dayna’s followers took to the comments section to slam the costume. Most of them agreed that it was in “such poor taste.” Here are just some of the comments:

Since receiving backlash, Dayna Kathan disabled comments on her post. However, that hasn’t stopped fans from talking about her costume. Most of them took to Twitter to share their thoughts. Plenty of them slammed her for wearing an inappropriate costume.

On Friday, September 18, Ruth Bader Ginsburg passed away due to complications from metastatic pancreas cancer. She was 87. Ginsburg is known for her progressive votes on social issues, including abortion, health care, immigration, and same-sex marriage.

Dayna joined the cast of Vanderpump Rules during Season 8. She became the main cast member of the season due to her drama with TomTom manager Max Boyens and her fling with former SUR Restaurant employee Brett Caprioni.

However, the Bravo series has not been renewed for a ninth season. It’s unclear whether the show will ever return. SUR reopened back in September, but there hasn’t been any other news since.

What are your thoughts on Dayna Kathan’s costume? Do you agree that it was in poor taste? Sound off below in the comments section.