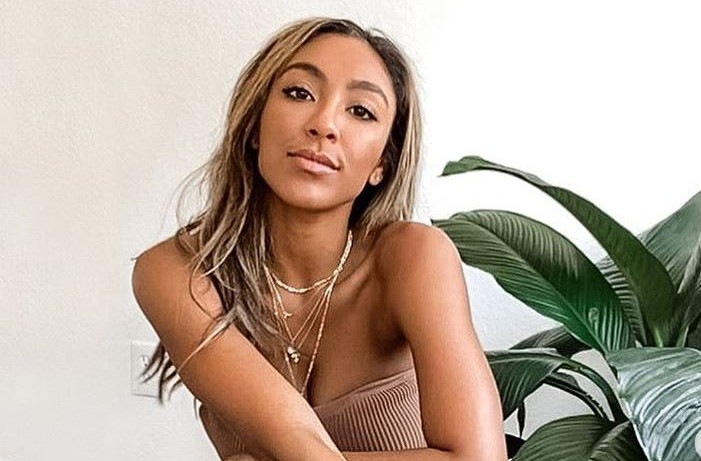 To say this season of The Bachelorette has been drama-filled and historical is an understatement. It seems to go along with the mood of 2020. Clare Crawley has been a train wreck in many fans’ eyes. Many are excited to see Clare make her grand exit Thursday night and see Tayshia Adams take over. Now, Reality Steve found out and got some confirmation on things that go down. What can fans expect from Tayshia’s season ending? Warning, spoilers ahead!

Reality Steve shares what to expect during Tayshia’s season

Reality Steve went to his blog today to share spoilers he has been able to confirm through his sources. Earlier Steve has said fans should enjoy Dale and Clare’s love story because it would be the only one they get. Of course, this insinuated things don’t end well for Tayshia.

So, Steve says Tayshia does make it all the way to the end of the season and does pick someone. First of all, he previously reported Tayshia will have twenty men competing for her heart. Most are those left from Clare’s portion of the season. A few are some brought in just for Tayshia.

Previously, Steve has disclosed Tayshia’s final four men. They are Ivan, Zac C., Brendan, and Ben Smith. But, one of these men will leave on his own. Who is it?

Steve shares who self eliminates

According to Steve, Brendan Morais will self eliminate. The question is when. Steve says Brendan’s family did not come to the resort to meet Tayshia. So, he is unsure if Brendan self eliminates at that time or once he makes final three. It has also been said Brendan’s divorce was finalized over a year ago, but perhaps he decided he isn’t ready to move on just yet.

So it’s a tossup at the moment if it’s Brendan or Ivan that make it to the final 3. However, Steve is saying with much confidence that it is Zac C. and Ben Smith who are Tayshia’s final two.

And, the really big spoiler is that Tayshia chooses Zac C. However, the two are not engaged.

TOMORROW will be an episode of #TheBachelorette unlike any other, at 8|7c on ABC. ❤️ https://t.co/AEXpQVJFR0

Are Tayshia and her final pick still together?

Steve says he is not sure if Tayshia and Zac C. are still together. Keep in mind they live on opposite coasts. He lives in New York and she lives in California. Plus, Steve says she really wanted Brendan, but he didn’t see a future with her. However, she pressed on and chose Zac. Did she settle? Fans will have to wait and see.

Did Tayshia not have enough time to fall in love? Stay tuned for more details as they emerge.

The Bachelorette airs this Thursday night on ABC. It will then return to Tuesday nights next week.