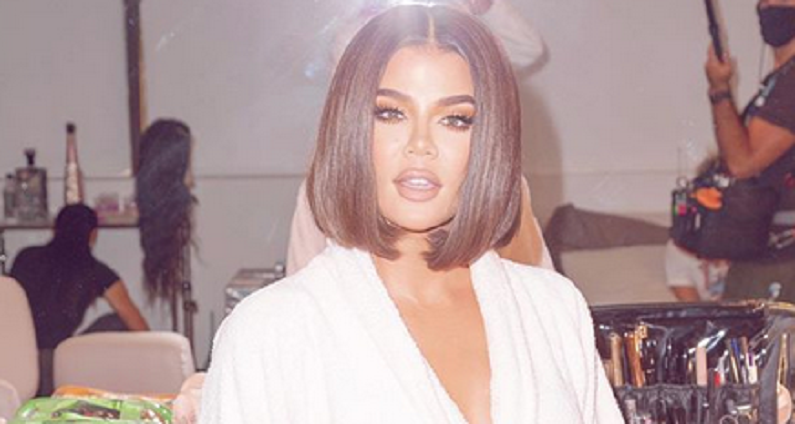 KUWTK fans think Khloe Kardashian is doing too much when it comes to Tristan Thompson. Most of them aren’t crazy about seeing the two back together. Last year, Khloe broke up with Tristan after he cheated on her several times. But since the couple shares a daughter together, they remained close co-parents.

Khloe praised Tristan for being a good father. She loves that he’s always there for True. On a recent episode of Keeping Up With the Kardashians, she showed him some appreciation. But fans think that Tristan is only “doing the bare minimum” as a father and shouldn’t get so much praise.

Fans on Reddit don’t think Tristan Thompson deserves praise. However, that hasn’t stopped Khloe Kardashian from gushing over him. Fans argue that the praise is too much. Since True is his biological daughter, he shouldn’t be praised for carrying out parental responsibilities.

The Reddit thread started when one fan shared a screenshot. The image showed a tweet from a fan who claimed that Khloe praises Tristan too much. As TV Shows Ace previously reported, Khloe revealed that she tested positive for COVID-19 earlier this year. On the latest episode of KUWTK, she praised Tristan for stepping up and taking care of their daughter.

“Sounds like Khloe’s bird a** when she talks about Tristan ‘I was sick in bed for days and it really impressed me how Tristan stepped up and how he was watching True and gave her food’ like please what you’re describing is a normal dad. The bar is in hell and he’s still the worst.”

“I hate this kind of comment in general,” one fan argued on Reddit. “Quit praising fathers for doing the bare minimum of child-rearing while women are expected to do 98% of the work. They are parents too.”

Other fans think Tristan had nannies help him. It’s not uncommon for the Kardashian-Jenner clan to use nannies to help them with regular responsibilities. Kim Kardashian West and Kanye West are known to hire extra help. Regardless, fans are not happy with Khloe giving Tristan another chance.

Khloe Kardashian praised Tristan on a recent episode of KUWTK

Khloe Kardashian always had kind words to say about Tristan. She never let his cheating get in the way of their co-parent relationship. Earlier this year, Khloe called him a “Great person.” She also praised him in a previous episode of KUWTK.

In the October 29 episode, fans learned when Khloe got diagnosed with COVID-19. The Great American founder expressed gratitude to Tristan for being there for her and True. Khloe hated being without her daughter by her side. She admits that being sick made her lonesome.

“No matter how sick I am, I’m still constantly focused and thinking about True,” Khloe said. “So, having her dad here, it gives me a little more time that I could focus on just me to get better.”

Khloe explained that Tristan brought her food. And he would check-in with her. She loved how “attentive” and “responsible” he was during the ordeal. Khloe doesn’t care what her fans think of their rekindled romance. She made it clear that she’s happy with her decision.

Do you agree with fans that Khloe praises Tristan too much? Share your thoughts below in the comments section.