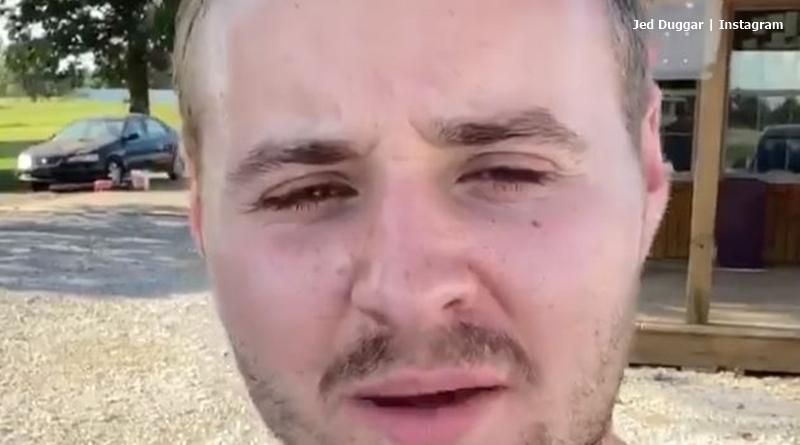 Jed Duggar nurtured grand plans when he announced his run for State Representative in Arkansas. But, his campaign seemed underwhelming. Which might explain why he lost to Megan Godfrey. And, really he brought nothing new that people didn’t hear many times before.

Jed Duggar too inexperienced in his State Representative run

We reported that Jed ran in politics under the usual Arkansas Republican themes. These included being a Conservative. He said he’s “Pro-Life,” “Pro Second Amendment, and “Pro Religious Liberty.” Like Trump, he promised action on the “Opioid Crisis,” and “Lower Taxes.” Plus, a “stronger economy.” But, if he raised the roof with inspirational speeches, nobody reported them.

In fact, the one time that Jed made the media during the campaign seemed unfortunate. It centered around possibly accepting illegal donations. The Sun reported that “the Counting On star, 21, accepted $8,400 from a single donor in Louisiana.” Plus, they noted, “triple the legal amount in the state of Arkansas.” But aside from that, perhaps his opponent beat him as she knows politics.

Very young Jed, no experience and a Duggar shadow

Apart from being very young, and with little exposure in public office, Jed also lives under the Duggar shadow. Recall, his brother Josh worked as an activist. But, the news came that Josh molested young girls, including his sisters. And, that might not sit well with people who vote for “family values.” One Counting On follower jabbed at Jed when he lost against Megan Godfrey.

Justin Duggar’s potential future mother-in-law, Hilary Spivey, posted up on Instagram. And, her photo showed her standing by a sign. It read, “Jed Duggar State representative.” In her caption, she wrote, “Pulling for our pal from afar today!”

A TLC follower wrote, “bunk bed Jed is uneducated.” They said he comes with “no political experience.” And they noted, that he might end up back in the “compound with…Michelle and [Jim Bob].”

The Friendly Athiest noted that Megan Godfrey ran against Jed with way more experience. She beat him with “about 56.9% of the votes.” She also ran before, back in 2018. Plus, she’s well-educated and fast becoming a strong voice in Arkansas politics. Then, 4o29 News reported that she ran under the “priorities for her second term” as “rent relief assistance, public health, and economic development.”

The outlet also described Jed Duggar as running a “car dealership.” Plus, as “the tenth child of Jim Bob and Michelle Duggar of reality show fame.” Ouch! After all, Jed never mentioned Counting On or TLC on his Instagram profile. Possibly, that showed his awareness that his brother Josh might not help with his political efforts. Now he lost the election, perhaps Jed Duggar considers moving back in with Michelle and Jim Bob.