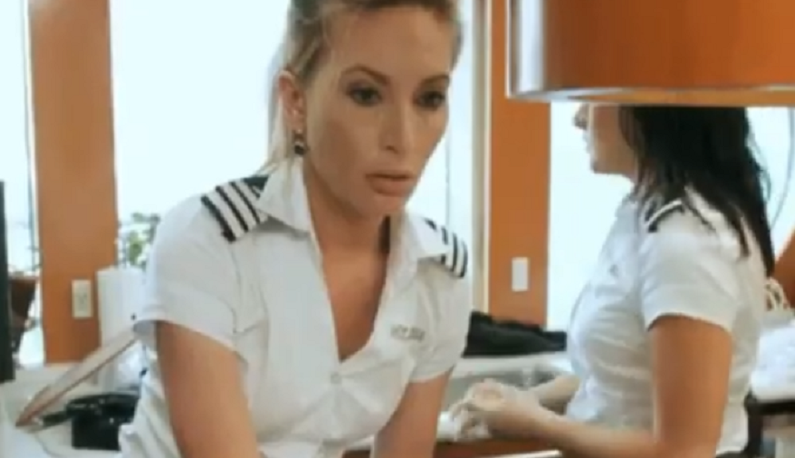 Below Deck Season 8 premiered on Monday night. But unfortunately, not everyone knew about it. Below Deck Mediterranean just wrapped up its fifth season last week. However, fans didn’t realize that the original series would follow it.

Earlier this year, Kate Chastain announced her exit from the series. Her presence was very much missing from the Season 8 premiere. But did it really affect the ratings? Season 8’s premiere ratings were much lower than Season 7’s premiere, which has some wondering if their fellow fans quit the show.

On Tuesday, November 8, Bravo Ratings shared the ratings for Below Deck Season 8 after the first episode. The premiere only attracted 1.201 million viewers in the 18-49 demo. Fewer viewers watched from last year.

Captain Lee Rosbach returned, as well as bosun Eddie Lucas. There were two familiar faces to hold Below Deck viewers over. Many were happy to see them both back on their screen. “Having Eddie back is almost filling the Kate void,” one fan tweeted.

However, some fans were missing Kate. They felt that her presence was much needed during the season premiere. One viewer suggested that fans should drink every time you miss kate.”

“How can we move on from Kate Chastain? I’m in mourning,” a second user tweeted. But missing Kate doesn’t mean that viewers rejected new chief stew, Francesca Rubi. They could see similarities between her and Kate, as well as Below Deck Med alum Hannah Ferrier.

“Francesca’s voice reminds me so much of Hannah, but her work ethic is more like Kate,” one fan posted. “Seems like she’s going to do great.”

As the former chief stew Hannah Ferrier, Francesca is from Australia, which led some to compare the two. During Below Deck Med Season 5, Captain Sandy Yawn fired Hannah for having an unregistered prescription for Valium and a CBD pen. Hannah said that she has no intention of returning to yachting. TV Shows Ace previously reported that she gave birth to her first child, a baby girl, back in October.

Other factors could have come into play. Several viewers admitted they didn’t realize that the Below Deck Season 8 premiere aired on Monday, November 2. Some of them assumed it was on the same night as election night. Most of them hoped that the show would take them away from the non-stop election coverage.

“However thank you for sending us #BelowDeck as a distraction,” one viewer tweeted.

As much as I love Kate…i’m already loving Francesca! She’s a breath of fresh air and I think she will be a fantastic chief stew! #BelowDeck

Other viewers waited until the new episode was available On Demand or on their DVR. So, they ended up watching the premiere on Tuesday night instead of Monday night.

“Turning off election results and watching the episode of #BelowDeck I have on my DVR,” another fan revealed.

What are your thoughts? Do you think Kate’s exit has something to do with the drop in ratings? Sound off below in the comments section.

Below Deck is on Monday nights at 9 p.m. ET on Bravo.