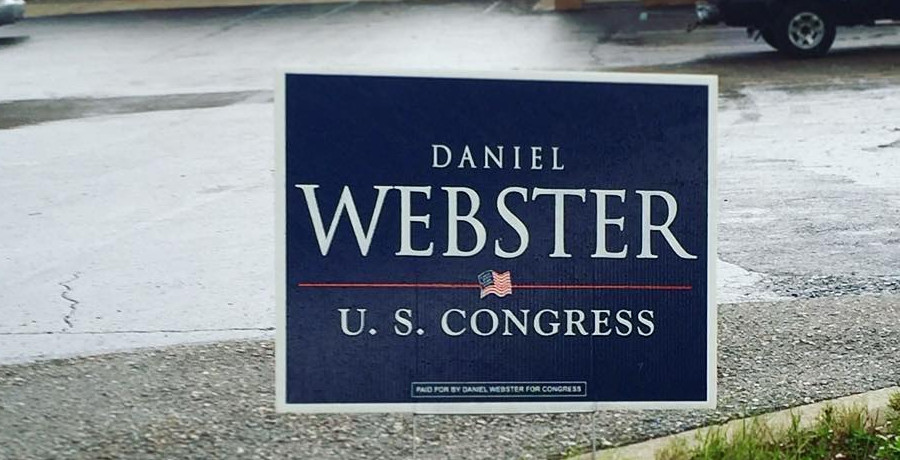 The Bringing Up Bates family has a connection to Congress! Alyssa Bates’ husband, John Webster, is the son of House of Representatives’ Daniel Webster. The Congressional seat was up for grabs in 2020. Was Daniel Webster able to win the race to keep his seat?

Daniel Webster is very familiar to Florida voters. After all, he’s been in the political landscape since the 80s. First he won at a state level, serving in the State Senate. In 2010, he took his ambitions to the federal level.

He first won Florida’s 8th Congressional District on the Republican ticket in 2010. He then represented different Florida districts in the House of Representatives between 2010 until the present.

In 2020, Daniel Webster ran against Democrat Dana Cottrell. How did he fare?

Did the Father-In-Law of Bringing Up Bates’ Star Hold Onto His Seat?

The Presidential election may still be in question, but some of the down-ballot races have been decided. One of those is the race for Florida’s 11th Congressional District.

Bringing Up Bates hubby John Webster heavily campaigned for his dad. Before the election, he shared a photo on his Instagram account. In the photo, John Webster holds a ‘Daniel Webster U.S. Congress’ sign.

He was joined by Alyssa Bates and their three young daughters.

Ultimately, Daniel Webster won another term in the House of Representatives.

Season 9 of Bringing Up Bates ended in September. In August, Alyssa Bates and John Webster shared some happy news with their fans. The couple is expecting their fourth child, per PEOPLE!

A few days before the September season finale, they shared the baby’s gender.

They will be adding the fourth girl to their family! The Bates family is no stranger to large broods of babies. After all, Alyssa Bates has eighteen siblings! In addition, the UP TV show family is close friends with TLC’s Duggar family from 19 Kids and Counting/Counting On.

Some people are meant to be girl moms, Alyssa said about her all-girl offspring.

If Daniel Webster runs for re-election, perhaps his new granddaughter will join him on the campaign trail!

UP TV  has yet to announce if or when Bringing Up Bates will return for Season 10. In the meantime, fans of families with multiple kids can tune in to the second season of Welcome to Plathville starting November 10th on TLC.