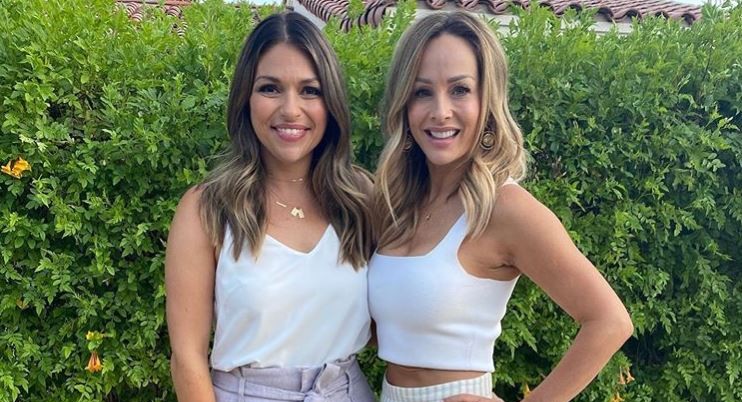 There has been tons of drama surrounding Clare Crawley’s season of The Bachelorette. And, her time as the lead is about to come to a dramatic end Thursday night. She fell hard and fast for Dale Moss and everyone knew it. So, it looks as if it will be revealed she is leaving her role and pursuing a future with Dale. However, the two only knew each other for less than two weeks. So, are they still together?

Are Clare and Dale still seeing each other?

US Weekly shared what former Bachelorette DeAnna Pappas had to say about Clare and Dale. She also hinted they are still together and still going strong. DeAnna said, “What I encouraged both of them to do is definitely enjoy the ride, take the opportunities because they’ll forever change the way their lives go and to love it and enjoy it but also to nurture and take care of what they have.”

She shared this information on the Almost Famous Podcast with Ashley Iaconetti and Ben Higgins. DeAnna went on to say Clare has waited a very long time for what she’s found with Dale. She said, “So, I think that would make her so happy just to be in Sacramento and live her life and live her love story with Dale and she’s totally fine with that. She’s waited a really long time.”

TOMORROW will be an episode of #TheBachelorette unlike any other, at 8|7c on ABC. ❤️ pic.twitter.com/AEXpQVJFR0

She addressed all the backlash Clare receives on social media

DeAnna shared that Clare is struggling with all the negative backlash from fans on social media. She said she and her husband even sent her flowers to cheer her up during it all.

She went on to say Clare should be enjoying this time and instead she is suffering a bit. DeAnna said she tries to reach out to her on a daily basis to make sure she is okay. She said it doesn’t matter if she even responds, she just wants Clare to know she is there for her.

People can be incredibly cruel online and Clare has definitely experienced that.