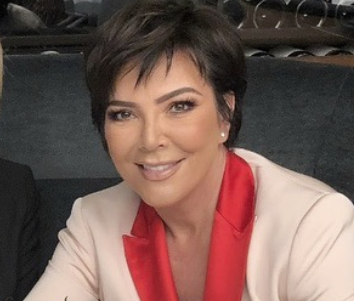 Plenty of reality stars have competed for the Mirrorball Trophy on Dancing With The Stars over the years. The Bachelorette star Hannah Brown even took home first place last year. Now, Keeping Up With The Kardashians matriarch Kris Jenner hints she may be interested in joining the cast. But on one condition. She recently sat down with DWTS competitors AJ McLean and Cheryl Burke to discuss.

“You know what I would love is if you and I could practice for about three years, get all the dances down and then we could just roll out there,” Kris joked with AJ and Cheryl. “Roll out all the dances and then I’m in.”

Kris Jenner’s Family Members Have A History With DWTS

So unless ABC allows Kris Jenner to practice for three years, it doesn’t seem all that likely she will join the cast. However, she says she has a great deal of respect for contestants who appear on Dancing With The Stars. Two of her children, Rob and Kim, competed in past seasons.

Kim didn’t do so well when she competed in Season 7 with Mark Ballas. They finished in 11th place. However, Rob and Cheryl Burke finished in second place in Season 13.

What’re The Kardashians Up To These Days?

Kim Kardashian recently celebrated her 40th birthday with close friends and family members — even in the midst of the pandemic. Fans weren’t super pleased about the gathering, but Kris Jenner came to her daughter’s defense.

“I think that life is short and we have to live our best life and do things that we really wanna do in our lives because we don’t know how many more days are promised,” Kris said.

Are you watching with us tonight?? 🍵 #KUWTK @KUWTK ❤️❤️ pic.twitter.com/XA2wOaAwpW

Since Keeping Up With The Kardashians is coming to an end, the family members have to find other ways to keep themselves busy. Some fans speculated Kris Jenner may join the cast of Real Housewives of Beverly Hills. However, she squashed those rumors.

“I think I would do it just to go on once in a while and be with my friend Kyle Richards,” Kris said. “As far as me doing a show like that regularly, there’s just too much going on in my life.”

Either way, it’s nice to see that she has plenty of projects to occupy her time.

It seems unlikely that Kris Jenner will appear on Dancing With The Stars anytime soon, but her fans can dream, right? Would you like to see her join the cast next season? Let us know what you think in the comments. We always want to hear from you.