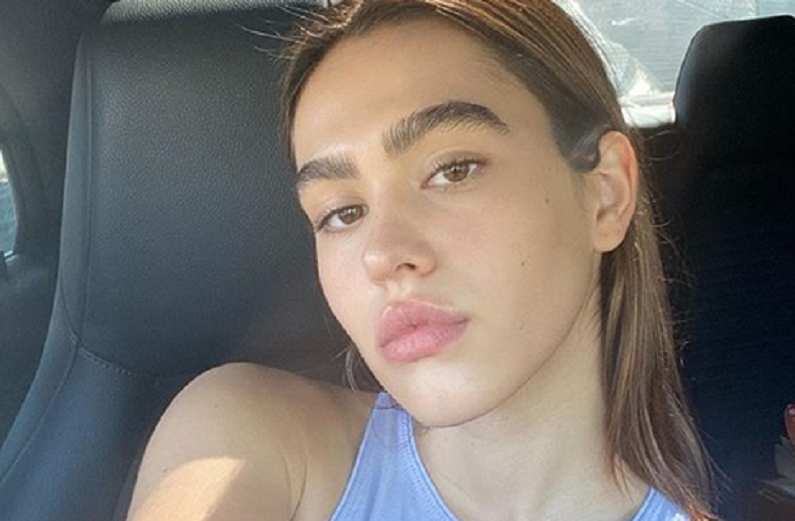 Amelia Gray Hamlin voted for the first time. The Real Housewives of Beverly Hills star dropped off her ballot one day before the election. Of course, she had to do it in a big way. Her mom is Lisa Rinna after all.

The RHOBH star has been encouraging her followers to vote. She even danced her way to the polls. Now, her daughter is following in her famous mom’s footsteps. She danced the moment she approached a polling drop-off box.

Amelia’s mom has been outspoken about her support for Democratic candidate Joe Biden. Her mom decided to film her voting for the very first time.

Lisa Rinna is a proud mom

Lisa Rinna documented her daughter’s milestone moment on her Instagram Story. On Monday, November 2, she posted two clips on her Instagram Stories. The mother-and-daughter duo showed their support for the LGBTQ community. The Bravo star took Amelia Gray Hamlin to the drop-off outside of Hamburger Mary’s in Los Angeles.

It’s also the same spot where drag queen bingo is held. As fans know, Rinna is a huge ally for the LGBTQ community. In one of the videos, Amelia Gray dances her way over to the drop-off box. She rocks a white off-the-shoulder crop top with skinny jeans. The model also wore a face mask.

The drag queens dance for Rinna as she drops off her ballot. Rinna laughed as Amelia Gray cheered and the drag queens twerked. It was definitely a memorable moment for the reality star. Rinna was clearly a proud mom.

“Our @ameliagray voting for the first time at @hamburgermarysweho!” Rinna captioned the video.

In a follow-up video, she included the hashtag “#ProudMama.” Amelia Gray appeared excited as she dropped off her ballot. Later the day, she tore off her shirt and posed for a topless selfie on Instagram. The Instagram influencer wore an “I Voted” sticker across her nipple.

She decided to turn the cameras on herself. Everyone knows that Rinna is comfortable in her own skin. That confidence has since rubbed off on her own daughter. Amelia Gray Hamlin pouted for the camera as she posed topless inside her bathroom.

“Today I exercise my rights of being an American,” she captioned the post. “but not only an American, a woman in American. I post this photo to shed light on the rights that women need.”

Amelia Gray explained that the photo was not to “sexualize,” but to “normalize women’s bodies.”

“I vote out someone who has proven to show nothing but disrespect toward women, and our body parts,” she continued in the caption before adding, “vote him out.”

Amelia Gray’s post received over 27,000 comments. But it also came with its share of backlash. Amelia has always been outspoken against body shaming. She previously fired back at RHOBH co-star Garcelle Beauvais who commented on Rinna’s Instagram dance videos.