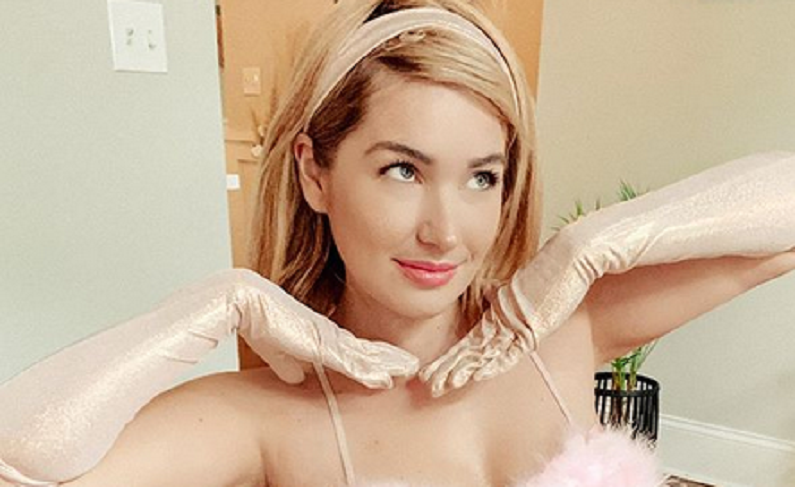 90 Day Fiance alum Stephanie Matto’s fame increased after television. While her relationship with Australian photographer Erika Owens ended, her fame is starting to rise. The 29-year-old adult content creator has been active on YouTube and Instagram. In addition, she sells nude and sexy photos on OnlyFans.

On Monday, November 3, Stephanie had a Q&A with fans. She revealed who within the TLC franchise she has a crush on. Fans may be surprised to learn who she’s attracted to. Stephanie admits that this person is her type.

The influencer also revealed that she’s still celibate and has no plans to date anytime soon.

The bored 90 Day Fiance star took to her Instagram Stories to hold a Q&A. She encouraged her fans to ask me a question. Stephanie answered a series of questions. The candid chat with her fans revealed something interesting about the YouTuber.

It all started when one fan asked who she’s attracted to from the 90 Day Fiance franchise. Stephanie hinted that she likes the “hot redhead.” However, some fans were confused. A second fan asked her which one.

“The one with the big boobies and the glasses,” Stephanie answered with the laughing and crying emoji before adding, “she’s definitely my type. I’m so creepy, please excuse me.”

It’s clear that Stephanie was talking about Colt Johnson’s ex-girlfriend Jess Caroline. Like Stephanie, she has her own OnlyFans account. And she’s known for her red hair, curves, and fiery personality. It appears that Stephanie still watches the reality series.

She reveals how long she’s been celibate for

While the 90 Day Fiance alum has a crush on Jess, she’s not dating anyone anytime soon. She’s remained celibate and wants to stay that way. But that’s okay since Jess is now happily married. Another fan asked Stephanie how long she’s been celibate for.

“2 years!” the model responded. “The idea of another human touching me is the most foreign thing to me at this point lol. I’m pretty sure I’ve forgotten how to hold hands with another person.”

Stephanie has addressed the contradictions about her image

90 Day Fiance fans think Stephanie’s online persona is misleading and confusing. She originally felt hurt by their comments. But she has learned to laugh the comments off. Back in September, she revealed on Instagram that she’s embracing the “contradictions” in her life.

Stephanie captioned a post that read: “Celibate – but I’ll sell a picture of my butt. What’s the biggest contradiction about you?”

Of course, some fans criticized the television personality. But there were some fans who were in support. Stephanie previously fought back at the criticism. In addition to the negative comments about her image, she also slammed body-shaming comments and questions over her sexuality.