A month of spooky pranks and Halloween themed fun has concluded with Danielle Busby waking to a fake rat beside her on her pillow. After freaking out, the OutDaughtered mom was relieved to learn it was just a fake black rat sitting on the pillow beside her head. The question is: who would do such a horrible thing to the matriarch of the house?

Was it Adam Busby?

We’ve watched Adam Busby pull spooky pranks on the entire OutDaughtered family all month. He even had to defend himself on Instagram recently when some fans insisted the pranks were getting out of hand. So, a fake rat on the pillow beside his sleeping wife? Well, it certainly sounded like the type of trick that would be right up Adam’s sleeve. Danielle Busby even admitted on her Instagram Stories that Adam was on her list of suspects.

Turns out, there was only one other person on Danielle Busby’s suspect list. And, it was Riley Busby. This mischievous little quint eagerly followed in her daddy’s foot steps when it came to the spooky season. And, she was here for pranking everyone under the OutDaughtered household. So, slipping a fake rat into mommy’s bed? Well, it sounds exactly like something RiRi would have enjoyed doing. 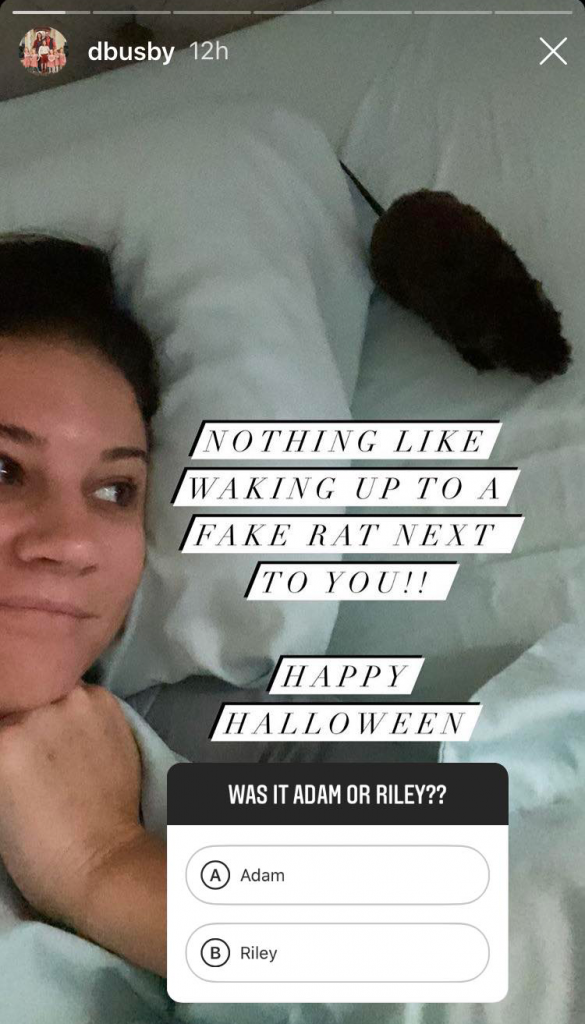 The true culprit of the spooky prank shocked Danielle Busby

Interestingly enough, it wasn’t Riley Busby nor her father Adam that pranked Danielle. It was someone else in the Busby household. Someone unexpected. And, someone who wasn’t anywhere on Danielle’s list of potential suspects. So, who pulled this spooky prank on the mother of the house?

Turns out, the shocking culprit was a fan favorite. None other than little Hazel Basil. That’s right, Hazel snuck into Danielle’s bedroom and slipped the fake rat into the bed with her mother. And, according to a short video Danielle posted on Facebook, Hazel was extremely proud of herself. 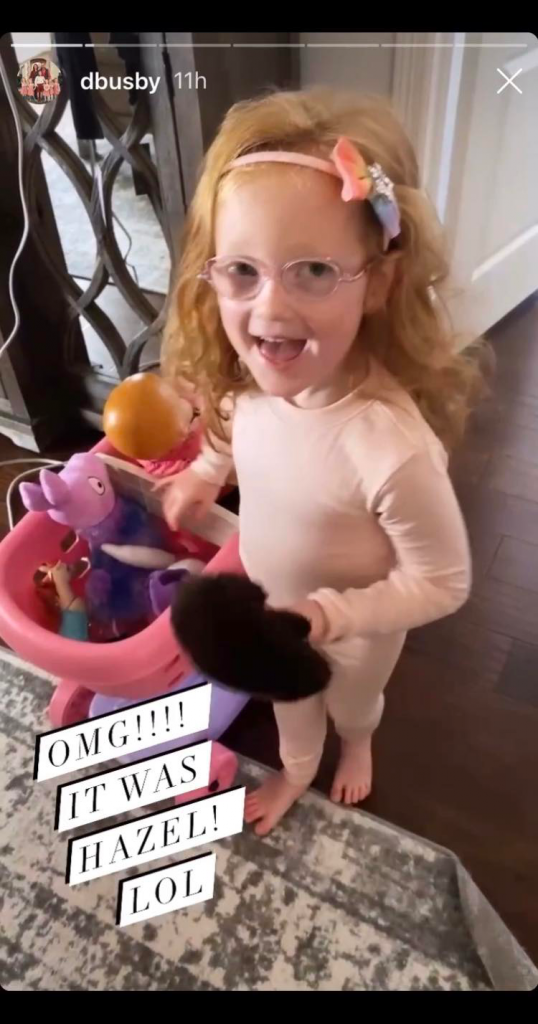 She had a huge smile on her face as she danced around while admitting she was the one. The one who pulled the spooky rat prank on Danielle.

Danielle Busby was shocked. In disbelief. She expected this kind of thing from RiRi and from her husband, Adam. But, Hazel caught her completely off guard. And, that is probably what made it an even better prank.

So, what do you think about Hazel Basil getting in on the spooky prank fun? Did you suspect her? Or, were you as surprised as Danielle Busby? Share your thoughts in the comments.

You can watch the video of Hazel Basil admitting to pulling the prank here.