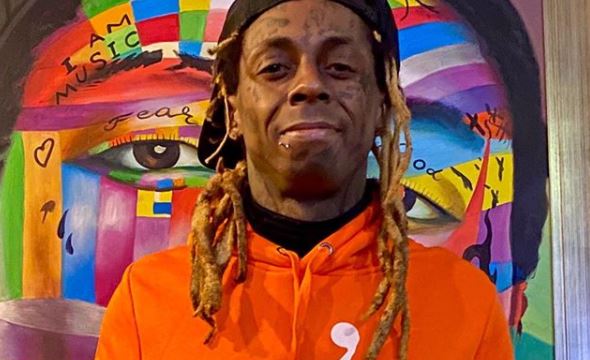 It turns out that rapper Lil Wayne has been dumped and it is due to Donald Trump. TMZ shared the details about why his girlfriend decided it was time to move on. Lil Wayne had been dating model Denise Bidot. Sadly, this is over.

Just last week Lil Wayne posted in support of Donald Trump. He even shared a picture of the two together. After that, his girlfriend at the time shared a meme saying “Sometimes love just isn’t enough.” This was pretty cryptic and had fans wondering what she meant by it.

Well, it turns out that Lil Wayne is now single because Denise Bidot couldn’t agree with his support of Donald Trump. TMZ shared saying, “However, blogger Love B. Scott is reporting Weezy’s love for Trump was the problem — specifically, last week’s meeting/photo-op with DT was the last straw for Denise.”

2 MINDS DONT THINK A LIKE you dont dump, dislike, get rid of, divorce, disown, etc. thats the reason you are with that person because they have different ideas and difference in beliefs thats what makes a good relationship. SHE DONT DESESRVE LIL WAYNE! oh well single.

So, it sounds like she just couldn’t take it anymore. Lil Wayne is single once again ladies. Politics are one thing that can be hard to talk about in any relationship. Hopefully, next time his girlfriend will agree with him a bit more on who to vote for. It doesn’t look like it will be too hard for him to find a new girl.

So far, Lil Wayne still has pictures of her up on his Instagram. He may not be ready to move on just yet.

John Legend is being very vocal about Lil Wayne and a few others who are supporting trump. People shared what he had to say about it all.

Some of your former favorite rappers have been taken in by these lies. I think they even founded a new supergroup, it’s called the Sunken Place.”

John Legend of The Voice made it very clear that he is a Biden supporter and not happy that others are leaning in a different direction than him.

Are you surprised to hear that Lil Wayne is single once again? It has yet to be determined if his pick for President will win the election tonight. Share your thoughts in the comments.