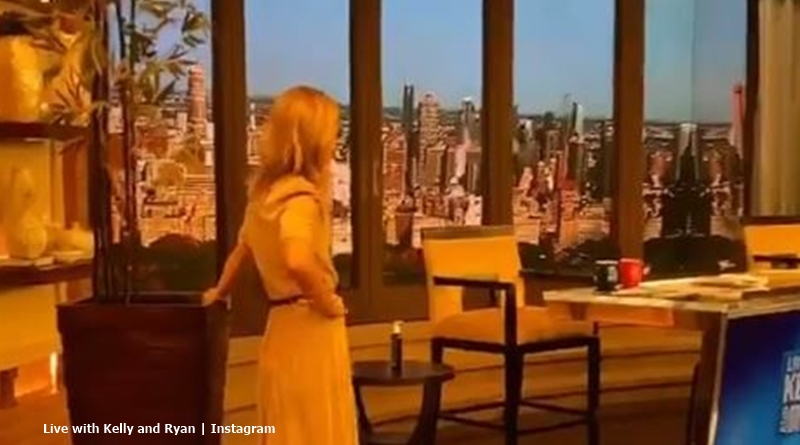 Kelly Ripa, the co-host of LIVE with Kelly and Ryan amused fans over Halloween with her “bulge” and “p*nis” jokes regarding her husband Mark Consuelos. So, it’s not clear why a bunch of trolls started slamming her over a rather innocent video clip. Actually, they accused her of always seeing a “half-empty glass.”

Kelly Ripa and the p*nis joke

We reported that after Kelly shared a photo of Mark with a giant bulge in his pants, she followed it up with a joke. In her next photo of Mark at Halloween, she cropped out the area where his p*nis would be. Then, she said in her caption, “I cropped out the crotch you thirst buckets.” And, she followed it up by quipping, “all trick, no treat.” Well, fans grew used to Kelly flaunting her sexuality with Mark, and a lot of them laughed at her.

But for some reason, Kelly Ripa picks up trolls. She’s 50 and looks amazing. Kelly hosts a popular show with Ryan Seacrest, and she married hunky Mark Consuelos. Maybe some people feel a bit jealous? This week, the trolls came out. Actually, she just wore a pretty outfit and walked alongside Ryan for LIVE with Kelly and Ryan. The Blast noted that Ryan…accompanied his co-host.” And, he carried a glass of OJ.

‘Half-empty glass’ comments from the trolls

Loads of fans liked the clip on Instagram. And one of them noted, “Luv the show with you two!❤️” Then, another one commented, “Happy Monday! You’re looking great! Thanks for the SMILES!💛🌞😎.” But someone noticed the juice in Ryan’s glass. Talking about the coffee mug promotion in the show, one person said, “Oh my goodness Kelly sees the glass half full on every subject.” But that set off the trolls and one snarked, “Half empty!”

People also started slamming the Christmas coffee mugs. It seems it only takes one troll to fire up the rest of the nasty creatures. One critic wrote,” Do NOT like new mugs!! Maybe if one side was red and one side was green.” And then someone wrote, “I agree those holiday mugs are terrible. Who ever decided these were the best design needs glasses.” 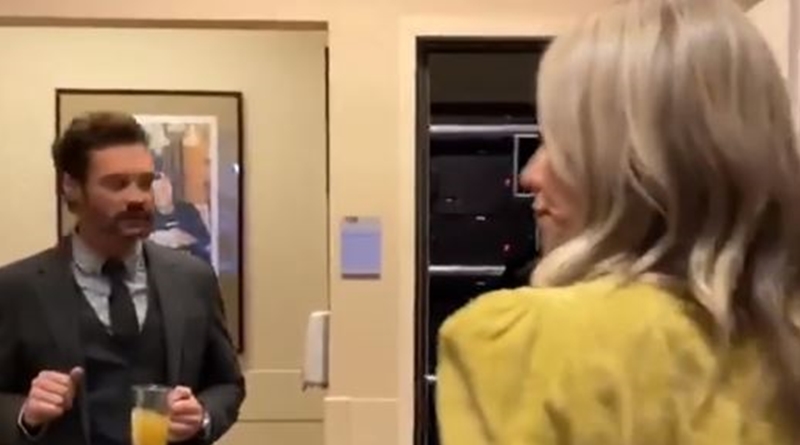 Next, someone commented and didn’t hold back. He said, “WHO CARES!!! Who gives a flying F— about a yellow dress or marks package, you have to be Highly Unintelligent to say or Care about stuff like that!!! Get a life!”

It seems like a whole bunch of people woke up grumpy on Monday and decided that trolling on Kelly Ripa made them feel better about themselves.