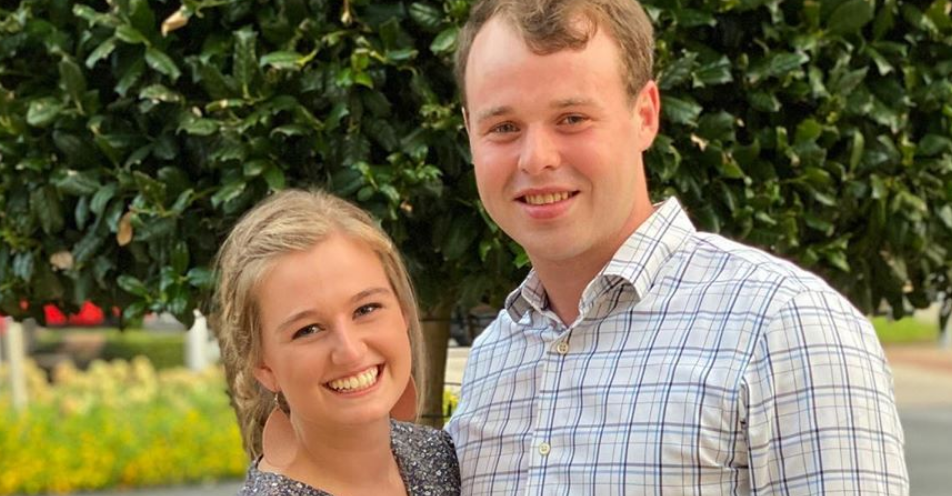 Joe and Kendra Duggar of TLC’s Counting On are expecting baby number 3. The couple will welcome their third child in February. So, they should know their baby’s gender by now. But, as of right now, they have yet to make the big reveal to their social media followers.

It’s very possible that the gender reveal is going to happen soon if it hasn’t already. Based on a hint from the couple, it looks like the baby’s gender might have already been revealed to the rest of the family. If so, it’s only a matter of time until the baby’s gender is made public. Here’s why the announcement could happen soon.

How did Joe and Kendra Duggar reveal baby no. 2’s gender?

When Kendra was pregnant with their daughter Addison, she and Joe chose to reveal the baby’s gender at their son Garrett’s first birthday party. Garrett’s smash cake had pink icing inside.

As TV Shows Ace reports, Addison celebrated her first birthday recently. In the pictures that Joe and Kendra are sharing, Addison is smashing her birthday cake. Suspiciously, the photos don’t include a look at the inside of the cake. The icing on the outside of the cake is white.

Even if Joe and Kendra Duggar used a different gender reveal idea, they could have made the reveal at Addison’s birthday becasue the family members were all present.

Joe and Kendra might be waiting for baby’s arrival

Sometimes, when people have a boy and a girl, they don’t find out their children’s genders until birth. This is because they already have both boys’ and girls’ items and don’t need to make as many preparations as they did before.

So, it’s possible that Joe and Kendra aren’t finding out the baby’s gender ahead of time. They might have chosen to wait this time around. It’s also worth noting that the coornavirus pandemic could have played a role in this decision. There are restrictions on doctor’s appointments, so the number of appointments Kendra has had may have changed with this pregnancy.

Nonetheless, Kendra’s pregnancy seems to be going smoothly as far as fans know.

So, do you think Joe and Kendra will announce their baby’s gender soon? Do you think the baby’s a boy or a girl? Share your thoughts in the comments below.