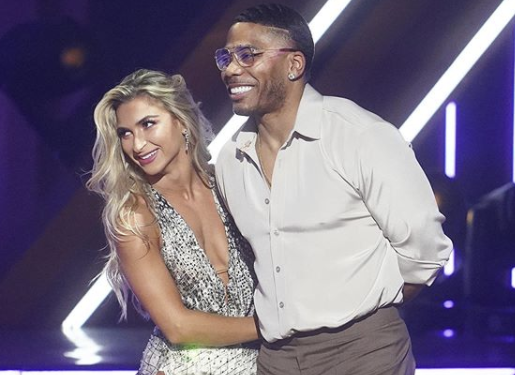 Many contestants bared their souls for the audience on Dancing With The Stars this week. Nelly is one contestant who is rapidly improving. He took the opportunity to remember his late sister, Jackie Donahue, during his performance Monday night.

“My sister Jackie was very special to me — she was my big sister, so she definitely acted like it,” the rapper said in a pre-recorded segment. “She was a real tough cookie, such a loving and caring person, [and] she was the caption of the ship up until she was no longer able to be it.”

Nelly And Daniella Performed To One Of Jackie’s Favorite Songs

Nelly and Daniella Karagach performed a Rumba to “Nobody Knows” by the Tony Rich Project. The Grammy-winner admitted it was one of his sister’s favorite songs. Jackie passed away in 2005 at the age of 31 after a battle with leukemia.

Before her death, Jackie desperately needed a bone marrow transplant to save her life. Her family started a foundation, Jes Us 4 Jackie, to help search for a donor. However, they never found a match for Jackie. But there was a little bit of happy news. The foundation matched seven other donors with people who really needed transplants.

“That was one of the worst days of my life,” Nelly said about the day of his sister’s death. “Before she passed, she was worried about what was going to happen to her kids. I was like, ‘Don’t worry about them — they’re going to be taken care of.’ It was a whole family effort as far as making sure her kids had everything they needed.”

“She would definitely have a chuckle about me dancing,” the rapper continued. “Dancing to one of Jackie’s favorite songs is dope. I miss Jackie an awful lot, I miss Jackie every day.”

This week wasn’t easy but we got through and I’m so proud of you @Nelly_Mo pic.twitter.com/0iUkudzYeW

The Pair Press On And Prepare For Another Week

Nelly and Daniella didn’t score very highly for their routine, but the judges acknowledged that he put a lot of his heart and soul into their performance. Judge Derek Hough even thanked the rapper for sharing his powerful story with the world.

Even though they didn’t score well this week, fans love Nelly and Daniella and keep voting for them. They were the first couple saved and will be back next week to perform again.

Do you enjoy watching Nelly and Daniella? Make sure to vote for them. Dancing With The Stars returns for another great episode on Monday night at 8 PM eastern time. Make sure to put your channel on ABC and keep an eye on all the excitement. Do you think Nelly has a shot at the Mirrorball Trophy? Let us know.