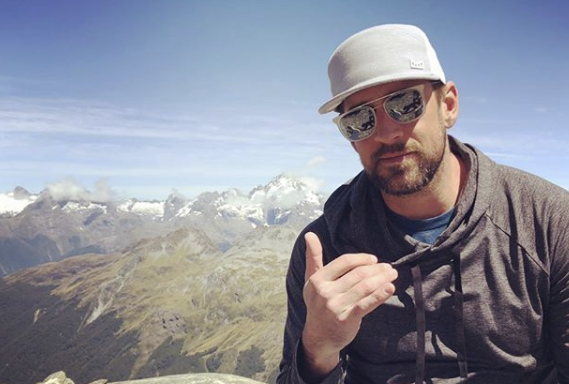 Green Bay quarterback Aaron Rodgers and NASCAR legend Danica Patrick are no longer together. The pair called it quits back in July after two years of dating. Fans noticed Danica scrubbed nearly all photos of Aaron from her Instagram profile and a source close to the couple confirmed they split up.

But it’s only natural the two would move on. More recently, fans speculate Aaron Rodgers and actress Shailene Woodley might be an item. Terez Owens reports that Danica Patrick actually introduced them.

“It seemed like Aaron had found his perfect partner in Danica Patrick. Danica had no idea when she introduced actress Shailene Woodley to Aaron that Shailene would make a play for him,” Terez Owens says. “Shailene and Aaron were quite cozy this past weekend in Tahoe. Looks like Aaron traded to a much younger girlfriend. Danica is devastated by Aarons [sic] betrayal. Get your popcorn out, this one is going to get messy!”

So far, neither Aaron Rodgers nor Shailene Woodley has commented on the rumors. Perhaps they are just quietly enjoying each other’s company for the time being. What do you think?

What Happened Between Aaron And Danica?

We still don’t know exactly what caused Aaron and Danica to split. But many speculate their relationship was another casualty of the Coronavirus pandemic. Spending so much time in isolation with only each other for company can really strain a relationship. Some couples are thriving, others are calling it quits.

Since the breakup, Danica Patrick occasionally posts cryptic messages about finding herself and moving on from heartbreak. No matter what went down, it really seems like she’s working on herself for the time being. Her podcast seems to be doing pretty well these days.

Nothing short of inspirational on his quest to never settle. Watch my full Pretty Intense podcast with @TomBilyeu available now: https://t.co/6mXCmmY0qm #PrettyIntense pic.twitter.com/0X74DLpH9I

Meanwhile, the current NFL season has Aaron pretty busy. Right now, Green Bay is 5-2. They lost their game against the Minnesota Vikings on November 1, but think they can beat San Francisco this week.

You may remember Shailene Woodley from her role as teen mom Amy Juergens on the ABC Family show, The Secret Life Of The American Teenager. These days, Shailene tackles more difficult roles. These include Hazel in The Fault In Our Stars and Beatrice in the Divergent film adaptations.

well this was v fun. the cast of Secret Life of The American Teenager got together with @justjared to chat all things SLAT + voting. i don’t know why we don’t do this more!! link in my bio as well! https://t.co/q0Ojke2nZS

Shailene also considers herself an activist and is passionate about fighting for causes. She was arrested in 2016 for protesting the Dakota Access Pipeline and received a year of probation.

Her last relationship was with rugby player Ben Volavola. However, that apparently ended sometime around April. Interestingly enough, many suspect Aaron Rodgers and Danica Patrick also split up during that time.

But that doesn’t mean Shailene is necessarily ready to date again.

“I don’t trust anyone. Dating’s hard. … I love the power of emotional connection via physicality. Who doesn’t? … But love is scary,” she once said in an interview.

Do you think she could be romantically linked with the Green Bay quarterback? Let us know what you think in the comments. Stay tuned for more celebrity dating and breakup news!