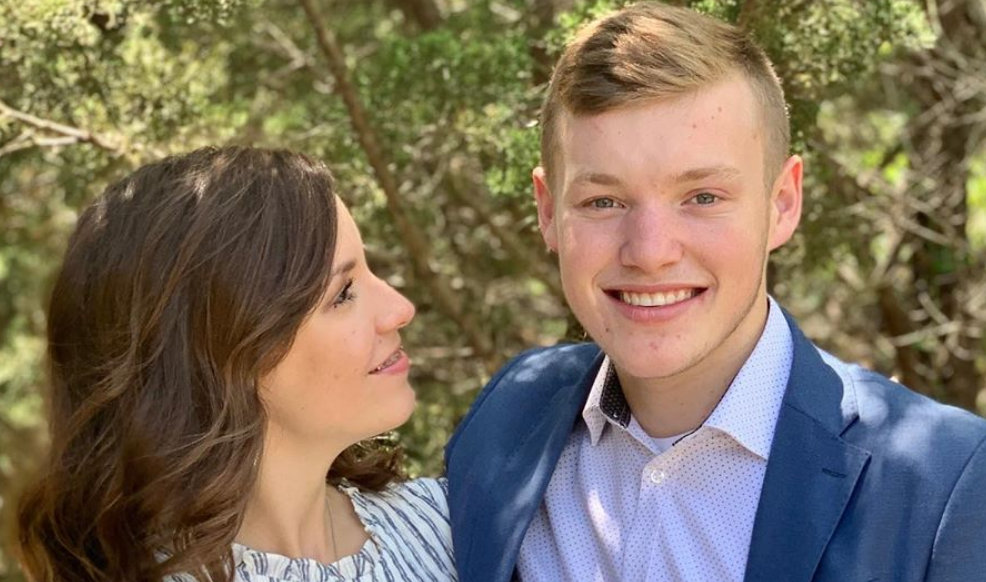 Most fans of the Duggar family assume that all of the family members are voting for Donald Trump. The family adheres to strict, Christian, conservative values. People with views similar to the Duggars seem to vote for Trump.

So far, the family hasn’t come out and said who they voted for, but fans are making assumptions based on what they know about the family.

While the family is sharing that they voted, Justin Duggar’s girlfriend Claire Spivey is also sharing about voting. She even went so far as to reveal who she voted for publicly, which is something that not everyone is comfortable doing.

On her Instagram stories on Tuesday, Claire shared a selfie of herself and her mom, Hilary Spivey. In the photo, both of the women are wearing stickers to show that they voted. Claire also adds, “4 more years.”

Voters have been using this phrase to say that they are voting for four more years of Donald Trump as president. So, it seems that Claire and her mother voted for Trump. The phrase couldn’t be used to support Joe Biden, as he hasn’t been president yet. This means it’s almost certain that the two voted for Trump.

In addition, Claire is following the president on Instagram. This is another pretty obvious sign that Claire supports him.

The picture Claire shared only features herself and her mother. But it’s likely that the rest of the eligible voters in the Spivey family tagged along. 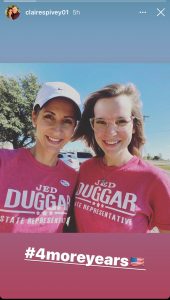 The Spiveys are also cheering on Justin’s brother, Jedidiah Duggar. They didn’t get an opportunity to vote for Jed, as they live in Texas and the Duggars live in Arkansas. But, they are still showing their support. On her Instagram page, Hilary shared a couple of pictures featuring Jed’s campaign signs. Hilary and Claire are also wearing Jed’s campaign shirts in the voting selfie.

Because the Spivey family has similar values to the Duggar family, fans feel that it makes sense that the Spiveys would vote for the conservative candidate. Fans are guessing that both of the families share the same political ideology.

So, are you surprised to hear that Claire and Hilary Spivey voted for Donald Trump in the 2020 presidential election? Do you think the Duggars probably share the same values as the Spiveys? Share your thoughts in the comments section below.

Daniel Radcliffe Has Strong Opinions About ‘Bachelor In Paradise’
Wait What? Tahzjuan Hawkins Shares Group Text With Tre And Uncle
Jenelle Evans Claims Being Self-Employed Pays Her ALMOST As Much As MTV
‘DOOL’ EXPLOSIVE Two Week Spoilers: Abigail And Gwen Face Off
‘Pretty Smart’ Netflix Release Date & What To Expect