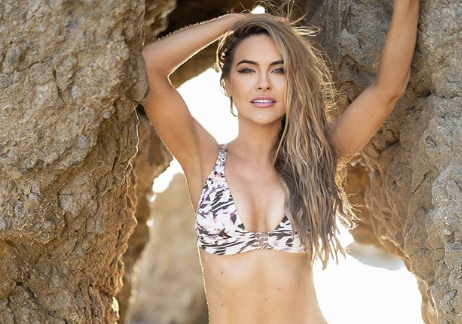 Chrishell Stause just finished up her time on Dancing With The Stars. So what’s next for the Selling Sunset star? She recently reported she’s open to dating now that she’s single. But now, Chrishell says she may be interested in being a future Bachelorette.

She and her DWTS partner Gleb Savchenko sat down for an interview to discuss their time on the show and where they hope to go next. Although they are sad to leave the competition, both feel that they gave the competition their all and are happy with their progress. They became close friends during the course of the competition.

But most of all, Chrishell learned to be more confident in her own abilities. She picked up steps quickly and earned high praise from judges and fans alike. Her Villains Night routine as Maleficent had fans cheering all over the country.

After the death of both her parents and a high profile divorce from This Is Us Star Justin Hartley, Chrishell Stause just really needed something positive in her life. The Selling Sunset star originally joined Dancing With The Stars to start a new chapter in her life, and it really seems she found what she was looking for.

And now, she may be ready for another new adventure.

Chrishell Stause Has Her Eyes On The Horizon

Towards the end of the video, the interviewer asks if we may see Chrishell “handing out roses” on The Bachelorette any time soon.

“Don’t cry because it’s over. Smile because it happened.”
-Dr. Suess
I had THE time of my life! Will forever be grateful for this experience and truly want to thank all of you for the incredible support you’ve shown! A million thank yous to @DancingABC @Gleb_Savchenko #DWTS pic.twitter.com/ho8yr3pbC5

Are you listening, ABC? Chrishell was incredibly popular with viewers during her run on Dancing With The Stars. Even though she had no prior dance experience, she managed to stay out of the bottom two up until her elimination during Monday night’s episode. If the network hopes to rake in viewers, casting Chrishell Stause as the next Bachelorette may be a smart move. Especially since viewers aren’t very impressed with Clare Crawley this season.

ABC actually almost cast Chrishell Stause on The Bachelorette before she married Justin Hartley several years ago. It’s so funny to think about what might have been.

Will you be watching? Let us know in the comments. Check back with us for more news on The Bachelorette!