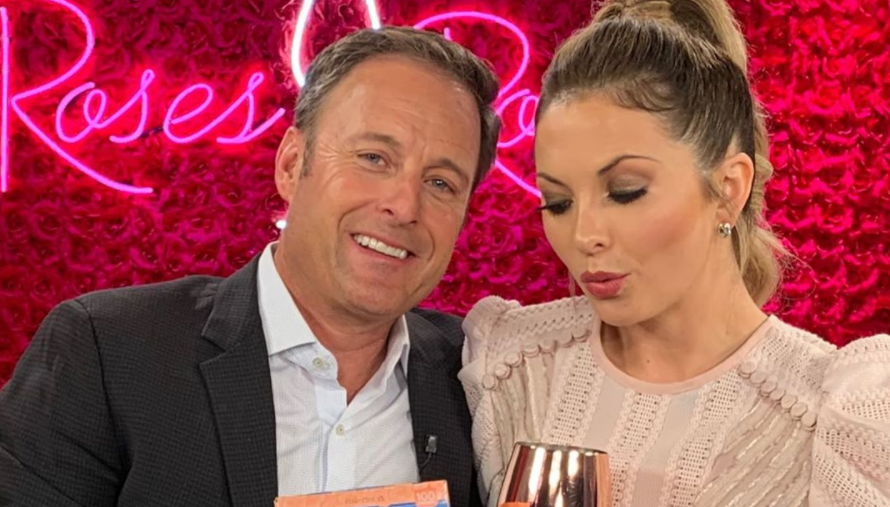 Chris Harrison currently is filming Matt James’ Bachelor season and says it’s going great so far, probably because Matt isn’t trying to leave. He said they followed the blue print they used for Clare’s season. “I can tell you it’s working, it’s successful and — knock on wood — it’ll continue to be successful.” He’s thrilled to bring Matt’s season to fans.

Chris said getting to know Matt he found him, “absolutely awesome.” Matt is filming at the Nemacolin Woodlands Resort in Pennsylvania. Fans don’t have to worry that he’ll be trading places for a new lead. Matt is there to stay and find love.

Chris Harrison said they knew early on, but insisted Clare had control the entire time. Both Michelle Money and Clare’s ex-fiancé indicated they didn’t think she wanted to leave. Reality Steve took a big stand saying production knew they wanted a twist the whole time.

Chris said, “we thought this may take a turn pretty early on.” He said the decision came from a, “culmination of things.” He said, “I think our first thought was, ‘Well, this will continue on and it’ll ebb and flow like normal seasons,'” When they realized, that wasn’t the case they started making decisions.

Addressing the rumor, she may have been forced out, Chris said, “I would just say she has complete control. This season of The Bachelorette was completely about Clare. It’s all about Clare, and she will decide where we go from here. It’s totally, completely up to her.”

He Should Have Been Dale Taco

Chris Harrison got into the Halloween spirit on set. In the below video he can be seen dressed as Gladiator. He yells at the crew, “are you not entertained?” The crew is disappointed that he’s carrying an umbrella and not a sword. He then asks, “what should I have been Dale Taco?” He captioned the video, “from my Bachelor family to yours Happy Halloween.” His girlfriend Lauren commented, “I’m turned on, is that weird?” The bit had been inspired by Dale Moss who modeled both a Gladiator and taco costume for Party City.

How Does He Feel About The Way It Turned Out?

According to ET Online, Chris Harrison is not upset about how the season turned out. Even though Clare did, “blow up The Bachelorette,” because she left. Chris said, “I’m not mad at Clare, none of this is a bad thing. If Clare’s falling for somebody, and that’s where this goes, then great.”

He went on to say the whole point of the show is to help Clare find love. He said if she did it in record time, it should be a good thing. Clearly he takes a great deal of credit when the leads successfully find love, because he’s there to talk them through it. Because of the election, The Bachelorette will air on Thursday this week instead of Tuesday. Fans are anxious to move on with a new lead and see some other connections happen.