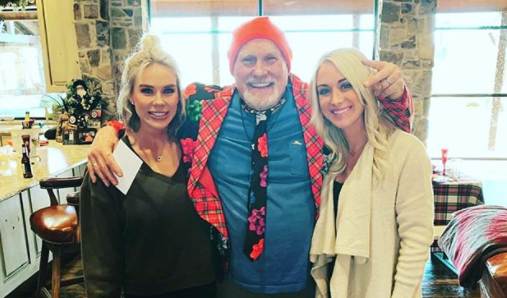 When a man broke down with a dead battery in Gainesville, Texas, he didn’t expect Terry Bradshaw to come to his rescue. The seventy-two year old NFL star stopped and jumped his car for him. While the man in distress didn’t seem to recognize Bradshaw, someone nearby did and recorded it.

Bradshaw masked, got out and talked to the guy while he used his SUV to jump start his vehicle. When the car started, Bradshaw gave away his identity a little more by yelling, “touchdown.” The guy offered him something for helping, but in the video Bradshaw can be heard saying he doesn’t need anything.

The Man Found Out Terry Bradshaw Helped Him Later

It was only when the man went into the Pack ‘N’ Mail store did he learn who had helped him. The woman who filmed it, Cindy Hurt Hammer, said, “he had no idea who was helping him until he came in the store to use the computer and we told him.” No doubt that shocked the man who relied on the kindness of a stranger.

Hammer added, “the world needs to see more people like this. He is a blessing to so many people and probably doesn’t even know it.” She shared the video on her Facebook where it was viewed 70,000 times. People like to see a little goodwill in a world full of chaos.

People Had A Big Response To The Video

Fans who viewed Terry Bradshaw helping the man shared their reactions. Hammer posted the video and said, “and this is why I’m a true Terry Bradshaw fan! Super humble fella.” The people who responded, according to Today, shared what it was like when they met him. It’s clear Bradshaw is a hero among his fans.

One said, “Terry Bradshaw is simply incredible, off the field as much as he was on the field. Truly one of the most humble people you could ever want to meet.” Another said, “Mr. Down To Earth General Good Guy. Spoke at one of our Leopard Athletics Sports Banquets. Showman with a good heart.”

Terry And Tammy Talked About The Show

Terry and his wife talked about their television show, The Bradshaw Bunch back in September. When asked if the show made them nervous Terry said it didn’t. They said it excited them. Terry said, the three girls are counting the millions they will make from perfumes and other endorsements.

Terry said having all girls is a good thing and he spoils them rotten. He said they’re a lot of fun. They’ve been together a lot more because of the pandemic. He said they tell him everything about themselves because they are a very open family. The show airs on Thursdays.