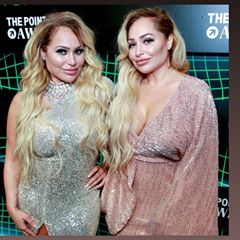 90 Day Fiancé star Darcey Silva has been very unlucky in love, but that hasn’t stopped her. She found love with Georgi Rusev and the two got engaged but, is it going to last? It doesn’t seem so.

Darcey Silva is unlucky in love

Darcey & Stacey fans watched in awe as Georgi finally proposed to Darcey in the finale of the first season. The two first chatted on social media and the rest is history. Darcey first appeared on 90 Day Fiancé with her lover Tom Brooks and Jesse Meester. Darcey ended her relationship with Jesse after they failed to advance their relationship. The two weren’t even on the same page. Things ended poorly with Tom too. Darcey found out that he was moving on and was dating someone else. Darcy didn’t seem to know that they had officially split up. It now seems like Darcey’s relationship with Georgi is suffering the Silva relationship curse.

The secret is out, or is it?

The drama between Darcey and Georgi showed up when a picture of the couple on Instagram. It didn’t go over well with Darcey. She angrily flew off the handle and said she never asked to take that picture. She didn’t seem to even want it posted. The photo was of her next to Georgi, looking a bit uncomfortable. Georgi stated in the caption that it was the their first date.

This photo really seemed to stir Darcey up. In comments, now shown as a screenshot by John Yates, she made that known to the world. “Well body language tells all,” she wrote vaguely. “I tried and would rather not be in this picture.” Darcey commented, “Please take me off your page.” Fans aren’t unreasonable to think that the engagement may be over, just a few weeks after their engagement was announced publicly. Well, Georgi did comply with Darcey’s wishes and removed most photos of Darcey from his page.

In a weird turn of events, Georgi’s photos of Darcey are back. What’s more curious is that Darcey has deleted her comments. According to Tv Seasons and Spoiler, fans are left wondering if the relationship between the two is over. It does seem odd that Darcey acted the way she did over an old photo. That also makes fans question why Georgi returned the photos of Darcey after deleting them? Did TLC producers do this to keep everyone happy? That is possible if they are in the middle of taping. TLC would not want fans to get spoilers or hints from the couple’s IG page. Was this just a lover’s spat or a spoiler to their relationship coming to an end?