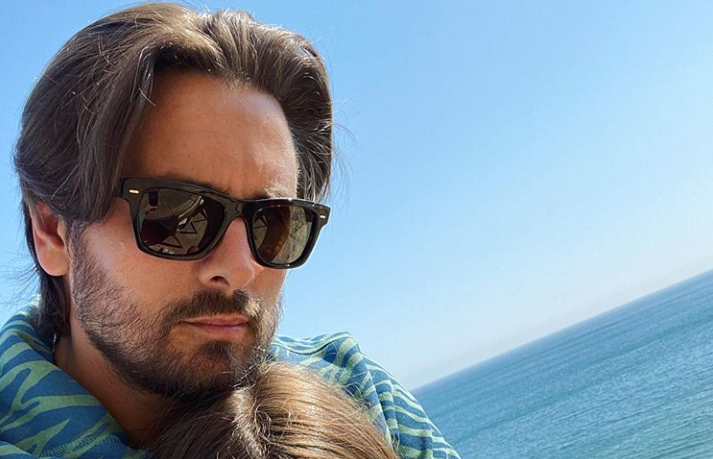 Scott Disick had a cozy time with ex Kourtney Kardashian at Kim’s controversial private island birthday party. The two shared pictures together biking and appeared to be getting along quite well. Fans hoped this meant the two of them were getting back together.

Scott even shared a picture of him hugging Kourtney with the caption, “working on my night moves.” Fans lost their minds over the picture. One said, “love you and Kourtney, she’s your soulmate.” Another said, “the lord and his lady forever.” Multiple fans gushed over the picture wishing they would get back together. Many of Scott’s followers zoomed in on the picture to see them together. The same was true on Kourtney’s Instagram with one fan saying, “you guys should just make up and get married.”

But Halloween party time rolled around and he was out with another member of reality television life, Amelia Hamlin. The two had a lot of speculation going on as they attended the party together.

Scott Disick channeled Ace Ventura pet detective. He wore a floral shirt, striped red and white pants, gold chains and black boots. He had his sunglasses on and his hair gelled up Ventura style. Harry Hamlin and Lisa Rinna’s daughter, Amelia kept it simple with a candy bra, candy-covered short shorts, and a clear bag of candy.

She completed the look with a pink bob wig and white boots. The model showed off a toned body in the barely-there outfit. Neither Scott nor Amelia shared their Halloween looks on their Instagram. Amelia did post the look to her story with the caption, “candy land.” 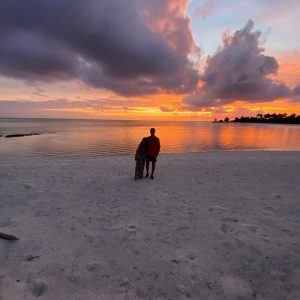 Would Kourtney Ever Get Back Together With Her Ex?

Kourtney and Scott Disick share three children; Mason, Reign, and Penelope. A source told US Weekly if they did get back together, she would keep it quiet. They said, “it’s a constant topic amongst her family and she denies there are romantic feelings there, so there’s just no way she would admit it.”

They also said Scott would for sure get back with Kourtney if she wanted to, but she’s the one in control. The source said, “she says they are friends and a family, but nothing romantic.”

Scott has been out with several women since his split from model Sofia Richie who he dated for almost three years. He also has gone out with models Bella Banos and Megan Blake Irwin. Fans will be keeping an eye out to see who the Flip It Like Disick star goes out with next. Some fans think he isn’t settling down because he’s holding out hope for Kourtney. Time will tell. Do you think Amelia and Scott are just friends?