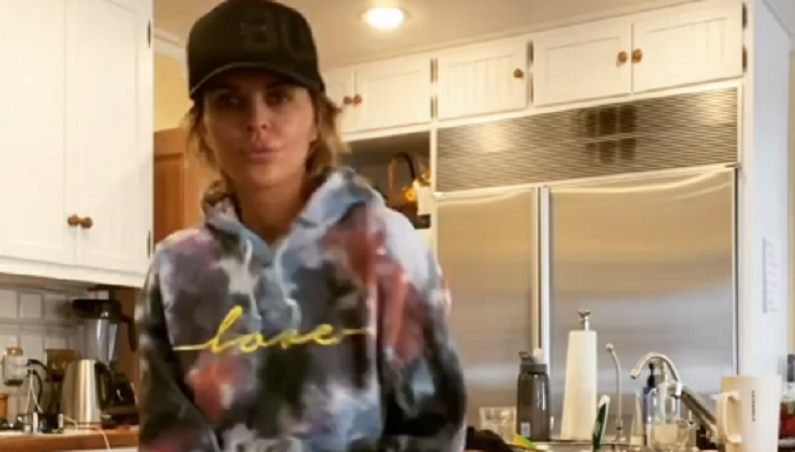 Christie Brinkley transformed herself into Lisa Rinna for Halloween. The supermodel celebrated the holiday with her daughter Alexa Ray Joel. Not only is she a Real Housewives fan, but she’s also a good friend of the former soap star. She shared several snaps of her hilarious costume and posted them on social media.

On Saturday, October 31, the modeling legend took to Instagram. She shared a photo of herself dressed as the 57-year-old RHOBH star alongside her 34-year-old daughter, Alexa Ray Joel. Christie also shared a video of herself dancing around her kitchen, similar to what Rinna does on her respective Instagram account.

On Halloween, Christie Brinkley and her daughter, Alexa Ray Joel, got festive. In the caption, she joked that she turned into Lisa Rinna. She also admitted how fun it was to become the Bravo star. For her look, Christie wore Rinna’s iconic short hairstyle and plump pout.

“We morphed all evening ..now I’m turning into @lisarinna and girl you are fun to be!” Christie captioned a photo of herself with Alexa.

Then, she shared a video of herself dancing in her kitchen in her costume. “Dancing in the Kitchen with @lisarinna on a Halloween Night! Hope this gives you and her a big GRINNA,” she jokingly captioned the post. Rinna responded after Christie shared her costume.

“HOW FABULOUS!!! YOU ARE THE MOST GORGEOUS!” she commented.

She also responded to Christie’s dancing video. Rinna commented, “GO CHRISTIE GO!!!!!!!!” along with several other emojis. Then she concluded her message with “LOVE YOU!”

Lisa Rinna didn’t celebrate Halloween this year. Not that fans know of. She is currently filming RHOBH Season 11 with her co-stars. Instead, she posted some of her throwback looks, including her recreation of Jennifer Lopez’s iconic green Versace dress.

As for Christie, her other costumes this year include dressing up as Eve. She coyly captioned the photo: “Has anyone seen Adam?” The star also shared more photos from her Halloween celebration, which included her daughter Alexa’s costume as well as her other daughter Sailor Brinkley Cook, son Jack Brinkley Cook and his girlfriend Nina Agdal. The family had a low-key but fun affair at home.

What are your thoughts on Christie Brinkley dressing up as Lisa Rinna for Halloween? Do you approve? Do you think she hit the mark? Sound off below in the comments section.