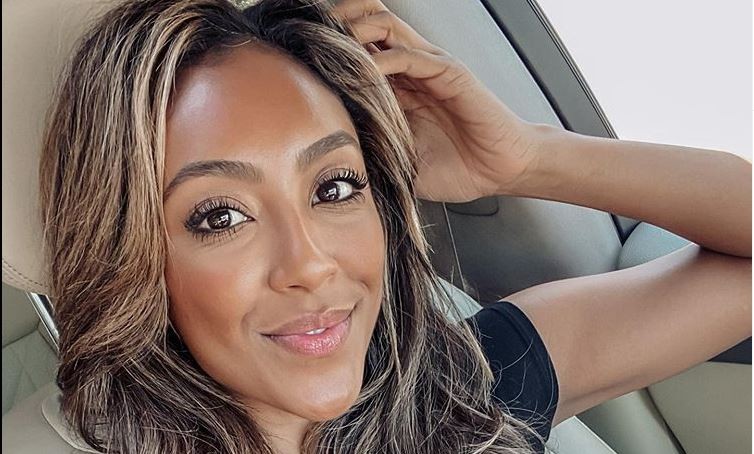 The highly anticipated and possibly worst kept secret in the history of The Bachelorette is happening. And, it is happening soon. Unfortunately, it isn’t happening on it’s usual schedule. As we previously reported, you won’t see a new episode of The Bachelorette this Tuesday. Why? Well, Election Day presents a problem. And, ABC isn’t stupid. They don’t want to compete with the election for views. Honestly, it is extremely common for networks to opt out of airing new episodes on Election Day.

Fortunately, we won’t have to wait a whole extra week for this highly anticipated moment. The Bachelorette will be airing an episode on November 5. Then, it will return to it’s regularly scheduled programming.

Tayshia Adams: The worst kept secret in The Bachelorette history

Now, a lot of viewers at home have really loathed Clare Crawley and Season 16 thus far. So, they are looking forward to Tayshia Adams. They are hoping she will shake things up and make this season much more interesting than it is now. That being said, no one is really surprised. According to Forbes, Tayshia Adams is being coined the worst kept secret in the history of The Bachelorette.

Still, just because everyone knows it is going to happen… That doesn’t make it any less exciting. After all, this is the first time in the history of the show that a second lead has to step in and take over. And, the fact that it happened amid a pandemic? HUGE DEAL.

Chris Harrison confirms the switch is happening on Thursday.

Over the weekend, Chris Harrison shared a very teasing short promo clip. In the clip, he came out to talk to the guys. It was clear they had recently learned of Clare Crawley’s exit. It, however, did not appear as if they knew what was going to happen next. Chris said hello before acknowledging they probably felt a little cheated by the way things played out. Most could be seen shaking their heads in agreement.

Then, Chris Harrison dropped the bomb that their new Bachelorette would be walking through the doors soon. And, this woman? Well, she could be the future wife of one of these gentleman.

Trick or treat? We’ll all find out Thursday night #TheBachelorette

Based on those commenting and reacting to Chris Harrison’s Instagram teaser, we can tell fans have been anxiously waiting for this moment. They can’t wait to see how these guys get along with Tayshia Adams. And, they hope she can really turn things around and improve Season 16.

So, are you looking forward to the introduction of Tayshia Adams? Do you think this was the worst kept secret in The Bachelorette history? Stick with us for all of your Bachelorette related news!