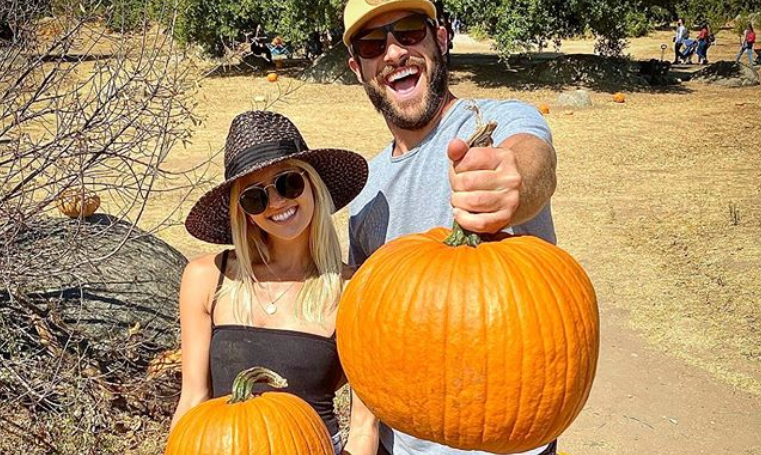 Garrett Yrigoyen and Becca Kufrin announced their split a little over a month ago. While Becca had joked about going out with one of Clare Crawley’s cast-offs, it seems Garrett is the first to move on. A post for Halloween to the thirty-one-year-old’s Instagram includes two pictures with Alex Farrar.

In the photos, he and the yoga instructor are all smiles. In one both Garrett and Alex hold pumpkins and he captioned it, “Happy Halloween Picked up a special pumpkin at the patch.” The comments his friends made just added to the speculation.

What Did Garrett Yrigoyen Say In The Comments?

Garrett Yrigoyen had a conversation with a friend who commented. The friend said, “I’m impressed by the girl, but not the pumpkin. I feel like you could have done way better … also, does she know what she’s getting herself into?”

Yrigoyen responded, “she hasn’t met you guys yet, so no.” The same friend then joked with him saying, “she might realize she could have done better too. According to US Weekly, Garrett agreed with him. For her part, Farrar responded with, “bring it on,” and two heart emoji’s. Fans have been extra supportive. One said, “You deserve someone that also respects your beliefs and opinions. I hope the rest of 2020 brings you much happiness.” 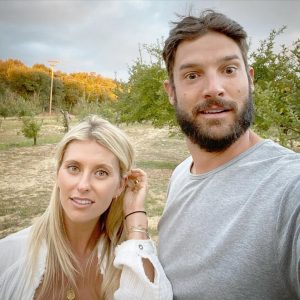 Fans pointed out they thought Becca was vaguely responding to Garrett Yrigoyen on her Instagram story. While she didn’t openly say she wanted to comment on the situation, her story seemed to be. She shared a quote from the We the Urban’s account, “be mindful of how you react to people when you feel disrespected.” Becca called it a Sunday lesson.

This post came hours after Garrett’s cheeky pumpkin patch one. The two had unfollowed each other on their social media in recent weeks. The couple met on The Bachelorette and had two years of their engagement under the belt. One fan suggested politics had come between them. Kufrin said that was not the case. When that user said, “he could do so much better with a level-headed woman,” she responded. She said, “it’s a shame this is the sentiment that people resort to.”

“It wasn’t something that we just arrived at one night. It wasn’t based solely off of one Instagram post or somebody else’s opinions or comments. There’s much more to it. To any relationship, there’s a lot of layers, and it’s not for me to divulge details.”

Becca shared they had ended their relationship on her podcast. She stated she didn’t think it would come as a shock to anyone. Fans will watch Yrigoyen’s account for any more pictures of Farrar. They’ll also be watching and hoping Becca finds love again soon.