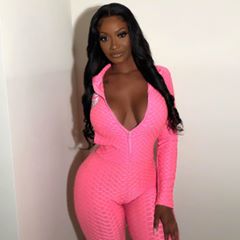 90 Day Fiancé’s Brittany Banks has deleted most of her old posts and changed her Instagram username before her TLC debut. Fans are wondering why?

The girl knows how to grab people’s attention

Instagram seems to have both started and ruined Brittany’s relationship with Yazan. Brittany has received a lot of attention from her Instagram post and is always making headlines. She admitted to Yazan and his traditional family about loving her Instagram before the show. But his family took offense at her many bikini pictures on the TLC reality show. She has now deleted all of those steamy posts, leaving her over 400k fan base wondering why?

Brittany Banks into a new country and a new culture

Brittany stared in 90 Day Fiance: The Other Way Season 2. She fell for Yazan from Amman, Jordan. She flew out to be with him but wasn’t welcomed with open arms. Fans knew that Brittany wasn’t going to accept his culture and Muslim traditions.

Yazan wasn’t the only one that seemed to have issues with Brittany. His family did also. They went on to insult her on camera because of her social media pictures.

Does Yazan have to make himself look good for his Muslim religion?

Brittany insisted to 90 Day Fiancé fans that Yazan had “switched up” when she went to film the show and had liked her for her Instagram when they’d started talking. Making fans wonder if he was telling the truth or changing his attitude toward his family and culture. 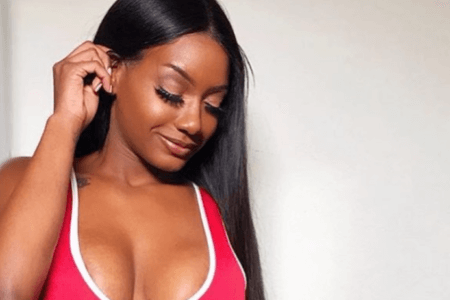 Confused fans took to the 90 Day Fiancé star’s comment section for answers. “Where did all the pics go??? Hope you’re doing ok Brittany,” asks a concerned comment on Brittany’s post. And another one questions, “Why did you delete everything?” Brittany, who usually tries to reply to most of her followers, hasn’t done so to any of the comments. Leaving her fans with more questions than answers.

What is she hiding?

Brittany travels to Jordan again, but this time finally single after getting a divorce. She brought her friend Angela with her. Fans speculate that this is when Brittany Banks and Yazan finally call their awkward relationship off. Her deleting the older pictures could suggest she has something to hide, suggests  Screen Rant. Or maybe it’s leaving her open for a comeback?

What do you think about the photo mystery? Let us know in the comments below.