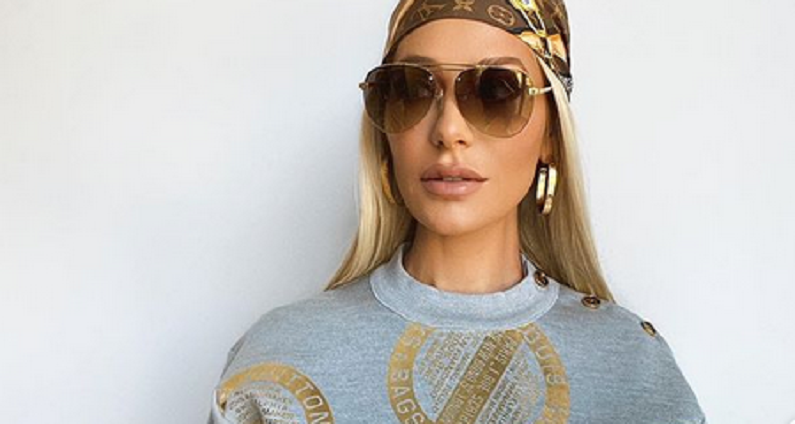 Dorit Kemsley won the internet on Halloween. Normally, the Real Housewives of Beverly Hills star is known for her glam photoshoots on Instagram. But she’s been sharing more family moments lately. As TV Shows Ace previously reported, she shared a touching video of her kids playing with their grandmother.

She revealed that she hasn’t seen her mom in nearly a year. Of course, she was back to glam in no time. The busy mom always makes time for glam. But she’s always a mom first. Dorit and P.K. celebrated Halloween with their children this weekend.

Read on to see their adorable family costumes.

On Sunday, November 1, Dorit Kemsley posted several photos and videos of herself with her family on Halloween. In the photos, the RHOBH star was dressed as Princess Leia while P.K. was the Darth Vader. Meanwhile, her daughter Phoenix dressed up as a princess while Jagger was Luke Skywalker.

Dorit captioned the adorable family photo: “Halloween 2020.” The post received over 37,000 likes and over 200 comments. Kim Richards commented with a series of Halloween-themed emojis. Erika Jayne said that their costumes are “so so good!!!!”

But wait, there’s more. Dorit posted more family photos on Instagram. The family posed as they tried to impersonate their characters. Even Dorit’s mom was in on the fun. She was dressed as Batgirl.

“In lieu of trick or treating this year I hid candy around the house and the kids were able to fill their candy baskets with lots of treats,” Dorit wrote in the lengthy caption of her second post. “Bu the real treat was having my mother with us which made Halloween even more special for us this year and also reminded me of how much I’ve missed being with her.”

The reality star explained Phoenix wanted to be a “princess unicorn” instead of Rey. Dorit also revealed that her son reminded her that “Halloween is a time where we get to dress up as whatever we want, so I should let Phoenix do what makes her happy.”

The family had much more fun that night. They ate junk food, danced, and played Simon Says. Her children went for a “night swim with their friend Ella,” while the “adults had festive Aperol Spritz’s.” At the end of her message, Dorit wished her followers a happy Halloween.

RHOBH star wins over the internet

Dorit Kemsley won everyone over with her Halloween post. Lisa Rinna commented, “I love this!!!” Others loved the wise words from Jagger himself. Dorit’s son won over RHOBH fans for his cute and adorable sayings.

Most of them were touched by the lighthearted post. One fan wrote, “What a cute story! Y’all look great! We opted for at-home treats also. Sounds like you all had a blast.”

Another fan added: “Such a great idea to hide candy! Your family is simply adorable! Love you, Dorit! Hope you had fun!”

Other fans loved the idea of Dorit as a brunette. They think she should give that hair color a try. Some of Dorit’s followers even think she made the perfect Princess Leia. It’s clear that her photos won over some of the hardest hearts on social media.

What are your thoughts on Dorit and her family’s Halloween costumes? Sound off below in the comments section.