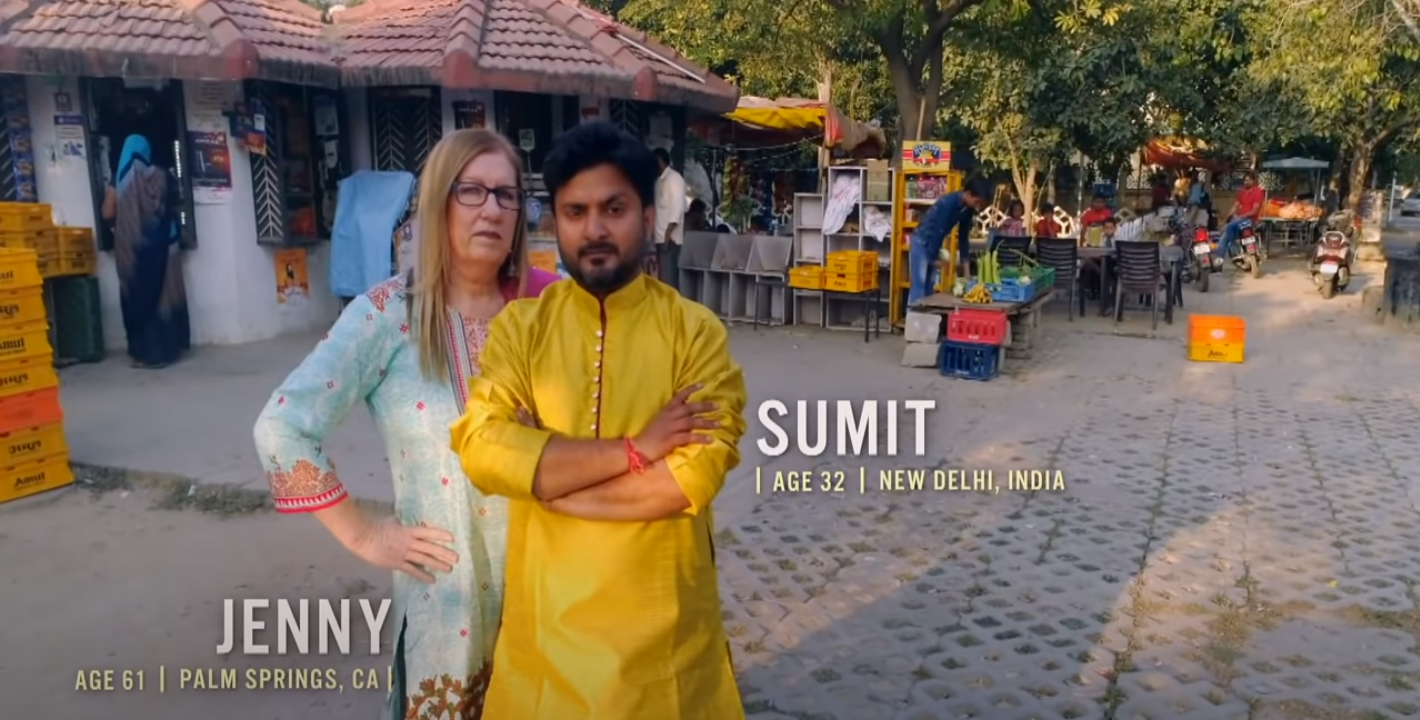 The big sticking point for Sumit and Jenny on 90 Day Fiance: The Other Way has been Sumit’s first marriage. He’s fought for a divorce for some time, but it was only on the Nov. 1, 2020 episode that good news happened.

During the episode, fans learned Sumit’s divorce is official. Cameras weren’t allowed in the courtroom, and it took five hours to get things finalized. However, a judge granted Sumit the divorce, meaning he is now free to marry Jenny. Will that happen?

One Divorce and $20k Later

Sumit’s ex-wife dropped the criminal charges against him earlier in the 90 Day Fiance season. That was a relief to everyone, but the New Dehli local wasn’t sure that things were over. It didn’t mean the divorce would happen. Sumit was sure that his ex-wife would try something to derail things.

One thing that wasn’t going to derail the divorce proceedings was the money he owed his in-laws. It was a hefty amount at $20,000, but he managed it. The 32-year-old had help from friends and family, along with a bank loan. He did everything he could to make sure the money was paid before the court date.

It worked. Sumit walked out of the courtroom five years later to say that he is now officially divorced from his first wife. He can legally marry Jenny, and it’s just in the nick of time with Jenny’s visa running out soon. She needs to marry Sumit to stay in the country, as In Touch Weekly reminds everyone.

The 90 Day Fiance Journey Isn’t Over Yet

If only things were that easy. Sumit may have his divorce but he still needs his family’s approval to marry Jenny. His parents aren’t ready to give that approval. Sumit’s father Anil reminded his son that marriage to Jenny isn’t on the cards. Anil will not support this decision, and neither will Sumit’s mother, Sahna.

The two Indian natives have a number of concerns. One of those is the age gap between the couple. While Sumit is 32, Jenny is almost 30 years older than him at 61. It is an understandable concern. Just recently, 90 Day Fiance fans worried about Yolanda Leak’s relationship with The Bachelorette star Ben Seiter. They have a 20-year age gap, with Yolanda the older of the two. Fans worry that Yolanda will get hurt again.

Sumit and Jenny will not likely have Sumit’s parents’ blessing when it comes to their marriage. This will cause problems due to the culture in India. It will make it extremely hard for Jenny to find acceptance in the country. The 90 Day Fiance personality’s parents even said they would do everything they could to prevent a legal marriage between the love birds.

Will Jenny and Sumit marry? Are you rooting for the 90 Day Fiance: The Other Way couple? Share your thoughts in the comments below.