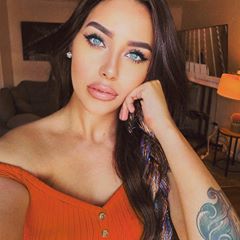 The drama continues between 90 Day Fiance: The Other Way stars Deavan Clegg and her husband Jihoon Lee. This time Deavan says she found a shock when going through his phone.

Deavan’s fears over her husband, Jihoon, cheating on her has increased. On the latest episode of 90 Day Fiancé: The Other Way,  it’s revealed  that she found hundreds of images of naked women on her husband’s phone. Deavan doesn’t come out and ask Jihoon about the photos but instead brings it up with his friends that she hardly knows. His friends take up for their friend and say Jihoon has changed for the better since becoming a husband and a father. They insisted that the naked photos were not a big deal. This still makes Deavan wonder because the pictures are selfies that look to be persona

lly sent to him.

Deavan decides to talk to Jihoon about the pictures to which he was clearly upset. He told cameras that he and Deavan didn’t have sex much and that the pictures were just an outlet for his sexual desires. He felt like it wasn’t a big issue and wasn’t considered cheating. But Devan told him that she considered pleasuring himself looking at other women cheating. Jihoon promised he wouldn’t do it anymore and said if he did he would “cut his own d**k”.

Deavan has also mentioned that she doesn’t find Jihoon to be an ideal role model for the kids. She was already uncomfortable with his lack of sincerity to find a stable job. Making fans wonder if she is trying to make her marriage work.

Deavan continued to ask him questions about if he  ever cheated on her, or his past girlfriends. Jihoon pleads that he would never cheat on Deavan. However, he did admit to cheating on one of his ex-girlfriends. He said it was because she didn’t have sex with him for three months. This worries Deavan because the two were apart for a long time at first before Deavan moved from Utah to Korea. Toward the end of the show, it seemed as if Deavan was more at peace with her husband’s past and shook away her doubts. The information above was provided by ET.

Hallmark’s Countdown To Christmas 2021 Includes 41 Holiday Movies
‘Survivor’: Will Season 41 Be ‘Old School’ Enough For Fans?
Scott Disick Is No Longer Keeping Up With Any Of The Kardashians
Savannah Chrisley Puts Perky Bubble Butt On Display In Snug Leggings
Jeremiah Duggar, Rumored GF Hannah Wissmann Are All Smiles In Deleted Photo