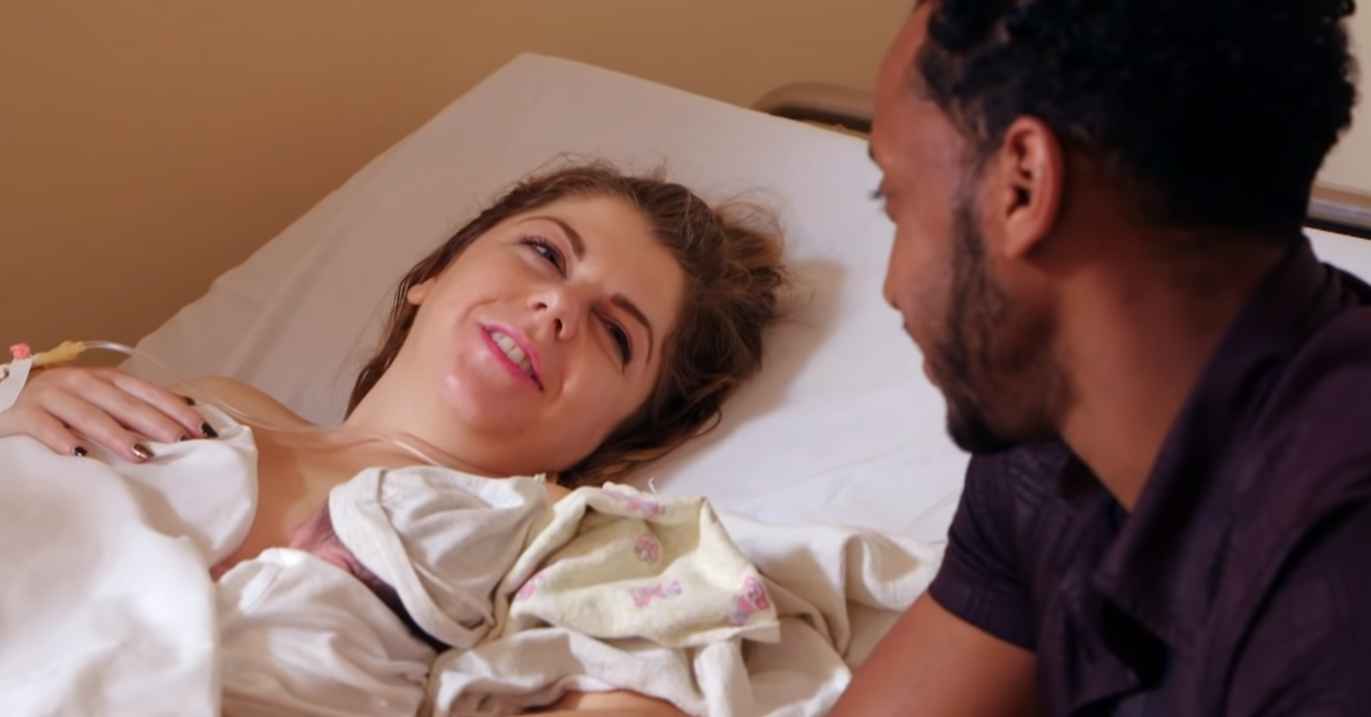 Sunday on 90 Day Fiance: The Other Way revealed Ariela and Biniyam going back to the hospital for Aviel’s circumcision. Ariela is still against the operation but has finally given in. However, while she sat outside the surgery room while the circumcision went ahead, Aviel started screaming. Ariela became truly upset, as this wasn’t the baby’s normal cry. Aviel was obviously in a lot of pain.

Fans will remember last week’s episode of 90 Day Fiance: The Other Way, when Ariela and Biniyam took Aviel to the hospital. He was due for vaccinations and also circumcision. After the vaccinations were over, Ariela was upset and went to the bathroom. When she came back out, she found her baby was gone. Biniyam explained that Aviel had gone to have his circumcision.

Ariela freaked out, as she couldn’t bear the thought of her newborn baby going through such pain. She ran into the room, grabbed the baby and ran. Ariela had decided not to circumcise Aviel. In a way, this is ironic, as both Biniyam’s Ethiopian Orthodox religion and her Jewish religion both insist on circumcision. It was one thing religion-related that both could finally agree on. However, after all the stress of the C-section, Ariela couldn’t handle it. Also, she feels that she is being forced by Biniyam to do things she doesn’t want to do.

Aviel has his circumcision

Despite this, in the latest episode, Aviel did indeed go back to the hospital to be circumcised. While his mother still wasn’t entirely happy, she feels her son should have his own choice. However, she did agree to do this. On arrival at the hospital, Ariela decided to wait outside the room, while Biniyam took Aviel in for his surgery. However, the heartbreaking crying of her baby boy totally upset her. She said this was different from his normal crying and he was obviously in pain. Ariela stormed into the room, crying. At this stage, any mothers who have circumcised their baby boys likely felt every bit of Ariela’s pain.

Once the operation was complete, Aviel quietened down and his mother grabbed him and took him out of the room. As she breastfed the little tot, Ariela explained to Biniyam how upsetting it had been. She said he should also have been emotional over what was happening to their son. Biniyam told her that he is human, he is the baby’s father, but he had to stay in control. He couldn’t risk upsetting the surgeon during his work.

In his confessional, Biniyam explained to the camera that Ariela still doesn’t trust him. He worries about how this could affect their future relationship together.

Next step is baptism

As for Ariela, she is also concerned that the conflict between her and Biniyam has increased since the baby’s birth. She doesn’t believe they will break up, but she says right now, one of them is always winning and one is always losing.

Viewers truly hope this fan-favorite couple’s relationship doesn’t fail and that they make it. Judging from recent images, they could be doing just that.

Now all Ariela has left to do is the baptism. While Biniyam’s family insists on the baby being baptized, so he doesn’t go to hell, Ariela is still dead against this. She has agreed to go through with this but blames Biniyam for constantly getting her to do things she is not happy to do.

Keep up with Ariela and Biniyam’s story on 90 Day Fiance: The Other Way on TLC, Sundays at 8 pm ET.