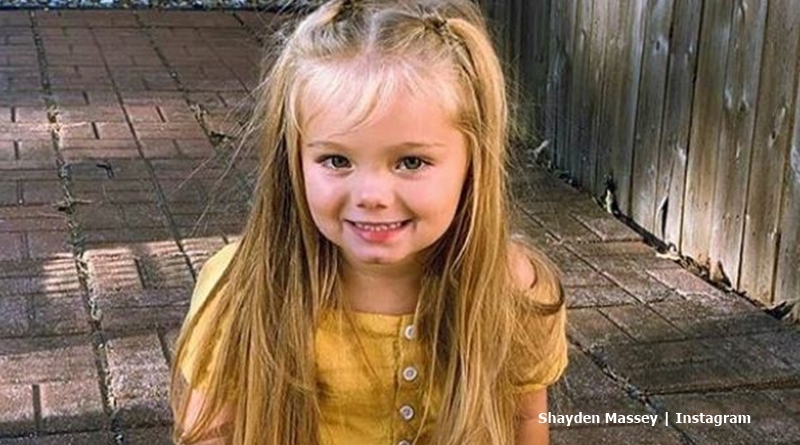 Unexpected fans know that Shayden and Lexus split. But, they put their heads together at Halloween and made it special for their daughter Scarlett. He told his fans that Scarlett adores the “Chucky movies.” So she dressed up, got some makeup on and pulled off a successful scary look.

We reported that Shayden fathered another daughter with someone name Kylee. And, he told his followers that Scarlett already met her half-sister. In fact, Shayden loves being a dad. But probably, little Everleigh’s a bit young for Halloween. Nevertheless, he and Lexus planned something special for Scarlett. And, they seemingly co-parent well together. Naturally, TLC fans appreciate that they set aside their differences for their daughter.

In a few years, fans of Unexpected might see Everleigh and Scarlett play at dressing up for Halloween together. In the meantime, she went all out for it with her dad. For his caption, Shayden said that Scarlett brings a lot of “fun” into his life. And, he asked how a “3 year old wants to dress up like this for holloween. (sic)” Shayden Massey explained that “Scarlett looooves the Chucky movies.” He felt happy that they made everything “extra special for her…this year❤️❤️.”

Shayden a bit hesitant about all the makeup

In his caption, Shayden also noted that he felt a bit of disapproval of “her outfit, ya know cause the choker and all the makeup, but she plays the part perfectly so it’s ok.” Lots of fans assured him that once a year makeup for playing a role seems just fine. One fan wrote, “aww the makeup…cute, perfectly respectable for her…for Halloween.” Others talked about Lexus and Shayden co-parenting. A fan commented on how happy they feel that they “co-parent” so well for Scarlett.

Other Unexpected fans noticed that Shayden looked very scary. He also went all out making his daughter’s Halloween very special. But, one fan noted their “son loved chucky too [but] now he hates scary movies.” So, maybe Scarlett also grows out of it. But in the meantime, she looked adorable in her scary role. “She’s beautiful and looks adorable dressed like bride of chucky,” one fan wrote. 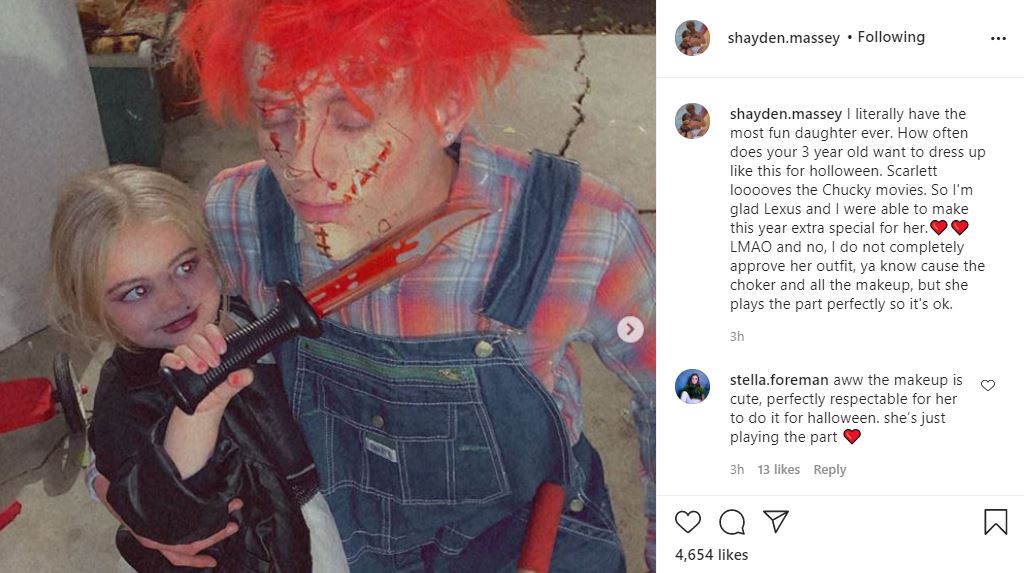 Shayden stays away from filming Unexpected

The Ashley’s Reality Roundup noted that fans miss Shayden in the next season of the TLC show. However, Lexus, Scarlett and her grandma Kelsey return. Shayden Massey felt the outlet pays too little money for him to bother. Plus, Everleigh’s mom might not wish for life as a reality star. And, Shayden explained he feels the company “exploits” young teen parents.

What do you think about Lexus and Shayden making Halloween special for Scarlett? Do you agree they co-parent very well? Sound off in the comments below.

Mama June Shannon Gets Major Slap About Her Weight Loss Claims
Braunwyn Windham-Burke Is Dating This ‘RHOC’ Star
‘You, Me & My Ex’ Coming To TLC: Here’s What We Know So Far
‘Autopsy: The Last Hours of Frank Sinatra’ Where To See, What To Expect
‘Bachelor In Paradise’ 2021: Wells Adams Role Revealed