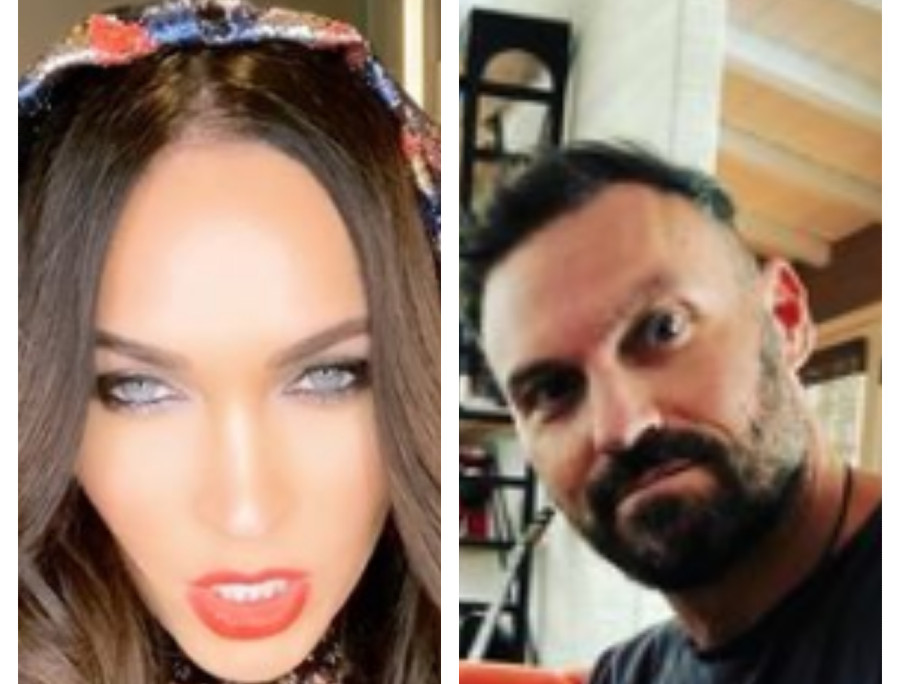 Feuding exes! Megan Fox is not happy with her estranged husband, Brian Austin Green. The actress went all the way off on the BH90210 actor. The issue? He is “so intoxicated” with making her seem like a bad mom.

Halloween is a time when people enjoy sharing photos of their costume choice. Well, Megan Fox has a serious problem with Brian Austin Green’s entry into the Halloween 2020 picture-share. On Sunday, November 1, Brian Austin Green (B.A.G.) shared a photo of his Cookie Monster costume. In the forefront, B.A.G. holds a plate of cookies and points off-camera. One of the former couple’s kids, 3-year-old Journey, stands behind his dad, off to one side of the frame.

Megan Fox did not approve of her ex sharing a photo of their son. She called him out for not cropping Journey out. In a long, public caption, Megan slams B.A.G. for making her look like a deadbeat mother. She writes, “”Why does Journey have to be in this picture? It’s not hard to crop them out.” The mom-of-three also suggested B.A.G. “choose photos” the kids aren’t in.

The issue seems to be her belief that he is using the children for clout on his social media. She notes that she “had a great” day with the kids the day before, but didn’t plaster it all over social media.

While Megan Fox admits that she “knows you love your kids,” she doesn’t like the “narrative.”. She slams him for pushing the narrative that “I’m an absent mother, and you are the perennial, eternally dedicated dad of the year.”

He only has the kids “half the time.” she shades. She further accuses him of needing social media to “echo back” to him that the kids love him.

Megan Fox and Brian Austin Green separated earlier this summer, People reports. The news came after the actress was spotted with rapper/actor Machine Gun Kelly, her co-star in the upcoming Midnight in the Switchgrass.

Brian Austin Green never responded to his ex-wife’s diss. Instead, he simply removed the photo in question. Then he reposted it with his son cropped out. He captioned the new photo, “Hope you all had a happy Halloween!!!” as if nothing happened.

But his fans knew what was up. They flooded the comments with criticism for Megan Fox. Many wrote that he shouldn’t have removed or cropped the photo. His fans felt he did nothing wrong.

One fan wrote that Megan Fox posts “half naked photos” on her social media. Several other fans accused her of bullying her ex-husband into removing the post.

Megan Fox isn’t the only one who has trouble with Brian Austin Green. He once dated General Hospital actress Vanessa Marcil. The couple shares a son, Kassius. When their son was young, the former couple were embroiled in a tense custody battle.

Many fans blamed Megan Fox for keeping Brian Austin Green from his son. But in September, Vanessa Marcil broke her long silence about raising her son as a single mom.

A fan asked if Megan Fox was why Kassius never saw his father. Vanessa placed the blame solely on Brian Austin Green’s shoulders, saying it was the father’s responsibility.

In fact, after years of estrangement, Kassius and Brian Austin Green recently reconnected.

What do you think about Megan Fox’s comment? Do you think she was right to call her ex out publicly?

Brian Austin Green is still acting. And he was recently on The Masked Singer.