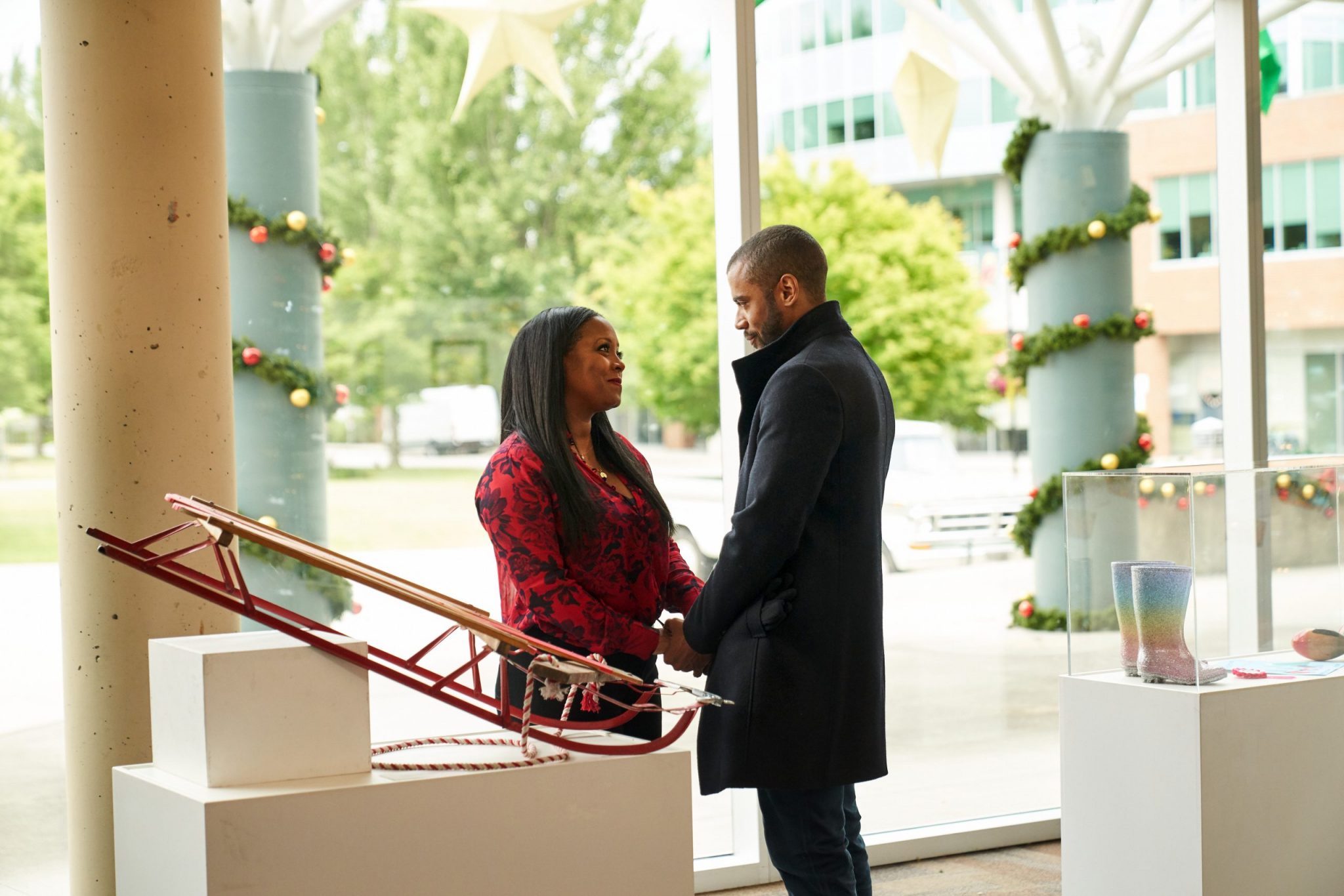 Ready to revive your Christmas spirit? Lifetime’s The Christmas Aunt star Keisha Knight Pulliam (Tempted By Danger) and Jarod Joseph (The 100). It’s A Wonderful Lifetime and it is time to revive your holiday spirit!

What Is Lifetime’s The Christmas Aunt About?

According to the Lifetime preview, two weeks before Christmas, Rebecca Miller (Knight) returns home to Tennessee. She is helping out her family by taking care of her niece and nephew, while their folks are away.

The kids need a real injection of the Christmas spirit. Rebecca thinks that she needs to help them redeem their faith in Santa. One of her own favorite childhood activities was the “12 Days of Christmas.” That was something that her childhood friend, Drew (Joseph) did together.

Rebecca enlists Drew to help her with this task from their past. But, what she didn’t expect was that she now saw Drew in a new light. Can their relationship survive out of the friend zone?

The Christmas Aunt airs on November 1, at 7 p.m. Eastern,  on Lifetime.

Where Was Lifetime’s The Christmas Aunt Filmed?

Lifetime’s Christmas movie, The Christmas Aunt, takes place in Nashville, Tennessee. But, the filming was nowhere near that country music mecca. Instead, it was filmed in “Hollywood North.” That is Vancouver, British Columbia, in Canada.

In addition, they were one of the early movies filmed post-lockdown. They competed filming by the end of July.  That means that while filming, they had to keep a social distance. In addition, there are other studio and Canadian rules that were made to keep everyone safe.

The cast had to wait 14 days, holed up in a studio or hotel room, when they first arrived.

Speaking to MadameNoire, The Cosby star shared how much she loves working with Lifetime. “Lifetime has definitely become family and they just do Christmas so well.”

Of course, Lifetime is behind her own romance with boyfriend Brad James. The couple met on the set of Lifetime’s Pride and Prejudice: Atlanta. She shared that the two “just hit it off. Because of the circumstances, she was able to become friends with Brad, before they became a couple. But these movies are so much more.

Keshia thinks that Lifetime Christmas movies are necessary, especially in chaotic 2020. “People love it. It’s that warm, fuzzy time of year. Lord knows we need it this year.”

Most importantly, Keshia loves working with kids. This may have something to do with her own childhood.  “We had a really good time. And also, I love working with kids. Maybe it’s because I started in this business at such a young age and was a child on set.”

Who Plays The Niece And Nephew?

Who are the two young stars in Lifetime’s The Christmas Aunt? Nyla Alleyne plays  Rebecca’s niece and Gabriel Jacob-Cross playing the little nephew.

Don’t forget to catch The Christmas Aunt airs on November 1, at 7 p.m. Eastern,  on Lifetime.