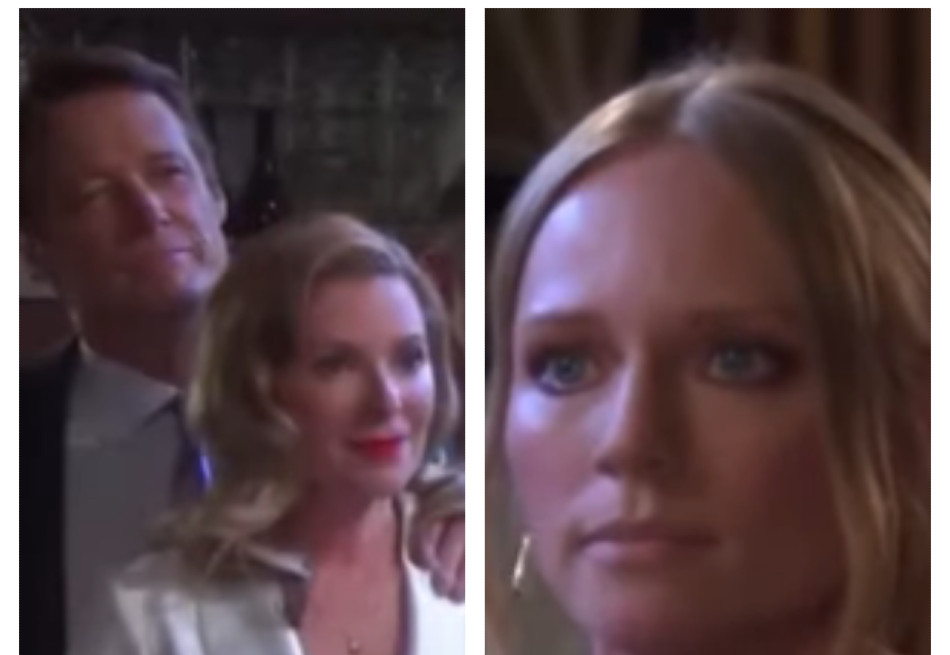 Days of Our Lives is kicking off November by turning up the drama. A party for Jack and Jennifer goes sideways, courtesy of Abby and Gwen. Kate brings an unexpected ‘plus one’ to the gathering. Is a new May-December romance on the horizon for the businesswoman?

What can fans expect this week?

The DNA Results are in on DOOL

Fans have been anxiously awaiting the results of Tripp’s (Lucas Adams) DNA test. Is he the father of baby Henry? If he is, that gives credence to Allie’s (Lindsay Arnold) rape accusations. After all, Tripp says they were never intimate AT ALL. If he’s the father, he clearly lied about that.

But there’s just one snafu – Tripp never agreed to a DNA test. He is in shock when Allie mentions the test. Tripp realizes that Kayla (Mary Beth Evans) must be behind the DNA test. How will he react when he finds out Steve (Stephen Nichols) was involved, too?

Spoilers indicate that Steve takes “his son’s word on the results.” That implies that Tripp’s DNA matches the baby. But is there more to the story?

As viewers know, it’s been about one year since DOOL’s time jump. The jump happened when Jennifer (Cady McClain) went into a coma for a year. Salem comes together this week to celebrate Jennifer emerging from her coma. They also mark Jack (Matthew Ashford) and Jennifer’s anniversary, as they got married right before she fell into a coma.

Kate (Lauren Koslow) runs into Jake (Brandon Barash) on the way. She invites him to be her guest at the party. Will their relationship go to a new level, despite the age difference?

JJ (Casey Moss) surprises his parents by coming home for the occasion. But Jennifer is more surprised by what Abby (Marcie Miller) reveals about Jack.

Abby Drops a BOMB on Jennifer

Abby has in her possession a letter from Jack. But it’s not addressed to Jennifer. At Gwen’s (Emily O’Brien) urging, Abby confronts her parents. It turns out the missive is addressed to a party guest… none other than Kate! The contents of the letter aren’t yet known, but it seems to be a doozy.

Is this another one of Gwen’s manipulations? She has an unexplained vendetta against the Deveraux family. Fans think she’s somehow Jack’s daughter.

Abe (James Reynolds) gets a sweet surprise when his son Theo returns to Salem. The role has been recast with Cameron Johnson. He makes his DOOL debut this week. Will he renew his romance with Claire (Isabel Durant) or pair up with another lucky lady?

What story are you most looking forward to this week? Let us know in the comments down below.