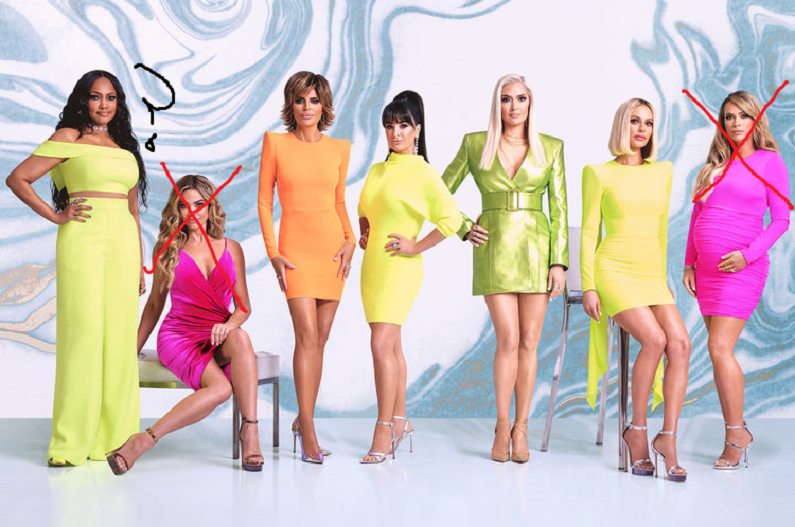 Erika Jayne may have teased a major spoiler for RHOBH Season 11. The cast went on a group trip to Lake Tahoe. The pop star posted a cryptic message on Instagram. This very post has fans wondering that Garcelle Beauvais quit the show in the middle of filming.

As fans remember, Denise Richards had a rough second season. She tried to quit the show during the cast Season 10 trip to Italy. However, the producers tried to stop her, even when she broke the fourth wall. Denise didn’t like being the center of the drama.

Some of the Housewives questioned her about her alleged affair with Brandi Glanville. That was enough for Denise to get up and leave in the middle of the Bravo series.

Erika Jayne shared a major spoiler. The Pretty Mess author took to Instagram to post a cryptic message. She posted a photo of Ray Liotta, Robert DeNiro, Paul Sorvino, and Joe Pesci in a photo from their movie Goodfellas. She captioned the photo: “And then there were four.” Lisa Rinna, Dorit Kemsley, and 15,000 other followers “liked” the photo.

But that’s not all. Several of Erika’s RHOBH co-stars, including Kyle Richards “liked” the photo. Some fans assumed that Garcelle was leaving the show. They flocked to Erika’s Instagram post to put the clues together. Here are just some of the comments:

As for Garcelle, she previously shared a photo of herself from Lake Tahoe. She responded to a fan who questioned her current status on RHOBH. “Are you still on [Housewives]???” the fan asked. “We need to know!” In the comments section of Garcelle’s post, Erika suggested that the two were on good terms. She commented with the pink hearts emoji.

Lisa Rinna did warn her

Lisa Rinna from RHOBH sent Garcelle a “warning” before. The two were friends on Season 10 of the reality show. But their friendship unraveled after the Brandi and Denise drama. Garcelle remained close to Denise while Rinna ended their decades-long friendship.

Also, Rinna didn’t like it when Garcelle mentioned her daughter’s eating disorder. After the series aired, Rinna took to her Instagram Stories to post a series of cryptic messages. She agreed with fans who felt that Garcelle’s comments about her daughter were shady.

“You’re crying about your s*** being put out there, wait until they go after your kids,” she posted in her Instagram Story. “Don’t say I didn’t warn you.”

“Is this a warning? Yes,” Rinna added in a second Instagram Story.

Garcelle revealed during her SiriusXM interview that Rinna sent her a “warning.”

“At the reunion, Rinna said, ‘Your first season is always nice and pleasant and the second [season] they come for you,'” Garcelle explained. “I said, ‘Is that a warning?’ And she goes, ‘Yes!'”

Rinna used that similar wording in her Instagram Story. It reiterated what Garcelle said she told her at the reunion. What are your thoughts? Do you think Garcelle will quit RHOBH Season 11? Sound off below in the comments section.