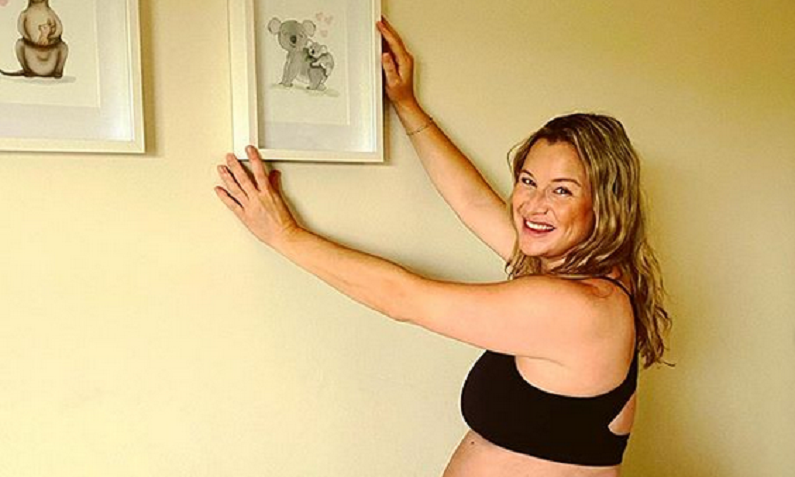 Below Deck Med alum Hannah Ferrier has given birth. As TV Shows Ace previously reported, she was due sometime in October. However, she has kept quiet on social media, leading fans to assume that she welcomed her baby girl. Back in June, Hannah announced that she was pregnant with her first child.

Now, Hannah and her boyfriend, Josh ran errands in Sydney, Australia with their baby. But the Bravo star has yet to make an official announcement. Fans are looking forward to meeting her little girl. It’ll be interesting to see if Hannah will show off her baby on social media. She’s kept quiet about her relationship with Josh.

Below Deck Med alum spotted for the first time

The Aussie was spotted with her newborn baby for the first time. The Below Deck Med star reportedly gave birth in the latter part of October. On Saturday, October 31, Daily Mail published the photos of the 31-year-old on a walk with her newborn and boyfriend Josh. Hannah glowed as she wore a light-wash chambray shirt and khaki shorts.

Josh pushed the stroller, while Hannah walked their dog. Her boyfriend wore a white T-shirt with light gray shorts. The couple was dressed for the springtime weather. Despite the Daily Mail’s chances of obtaining the first photos, Hannah and Josh managed to keep their baby out of view.

Hannah has yet to announce her baby’s arrival on social media. She also hasn’t revealed the name of her baby girl. Last week, Hannah posted a photo of her baby bump as she stood along the beach. The post wasn’t about her baby, rather her relationship milestone.

She captioned the post: “2 year anniversary with my gorgeous man. Words can’t express how much I am looking forward to this next chapter.” Fans took to the post to wonder where her boyfriend was. They wanted a photo, even though he doesn’t like social media.

Hannah previously shared that yachting prepared her for motherhood

The former Below Deck Med star had plenty of sleepless nights. Unlike other new moms, Hannah said that the long hours she worked in yachting prepared her for her new journey.

“People are like, ‘Oh, it’s the hardest thing, and you’ll be so sleep deprived.’ I’m like, ‘I just cannot see it being any harder or any more sleep-deprived than a season of Below Deck Med, that’s for sure,'” she previously told Bravo’s The Daily Dish. “If you ever want training to be a mother, then you should probably go and work on a superyacht for a few years because I think it’ll be a walk in the park compared to that.”

Sooooo well 💗💗💗 Just waiting for her to show up now!! pic.twitter.com/fG0vAVq8yV

Hannah also had baby training when she was younger. Her mom used to own a childcare facility. She would help her mother when she was young. The former reality star also learned that European families bring their kids everywhere rather than leaving them with a babysitter.

Below Deck Med Season 6 is currently in production and will air sometime next year on Bravo.