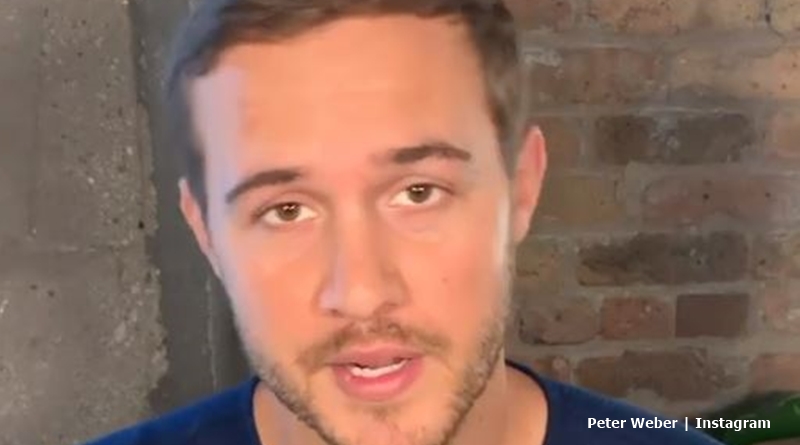 Bachelor stars Peter Weber and Kelley Flanagan dressed up in their Halloween costumes. But, fans think Kelley just looks cute as a button and not even slightly scary. Meanwhile, Peter looked downright creepy, fans agreed. But, fans can’t make out who they dressed up as.

Bachelor fans agree Peter looks creepy, but who is he on Halloween?

Peter shared his Halloween photo on Saturday night. Kelley looked amazing and cute, fans thought. She wore a red dress, black boots, and a black cape. Meanwhile, Peter wore a mask that could be a wolf or a clown. He dressed completely in black. Fans agreed he looked very scary. And, one of them quipped, “Your decisions on the Bachelor were scary enough.”

Others asked, who they “were meant to be?” But very few people guessed. And, several of them wrote, “I have no idea.” Well, whoever they dressed up as, Peter looks very scary, and Kelley just looks beautiful. One Bachelor fan noted that they certainly came over as “creative.” Then, someone commented, “Wow! Amazing costumes! That actually scared me for a minute! Happy Halloween.”

The closest guess as to who Peter dressed up as seems to be a suggestion of the “Babadook.” If you don’t know, the movie came along in 2014. It’s an Australian psychological horror film. And the Babadook’s a tall scary thing that freaks out people who discover it’s existence. Maybe Kelley dressed up the main character, Amelia, who lost her mind from fear. Amelia recovered and finally tamed the Babadook by feeding it earthworms.

Hopefully, Kelley Flanagan didn’t use an earthworm diet to help Peter Weber finally make up his mind about who he wanted in his life. We reported that the “former Bachelor…finally figured out what he wanted all along.” He thought he loved Hannah Ann Sluss and even proposed to her. Then, he thought he still had feelings for Madison Prewett. But finally, he settled for Kelley. 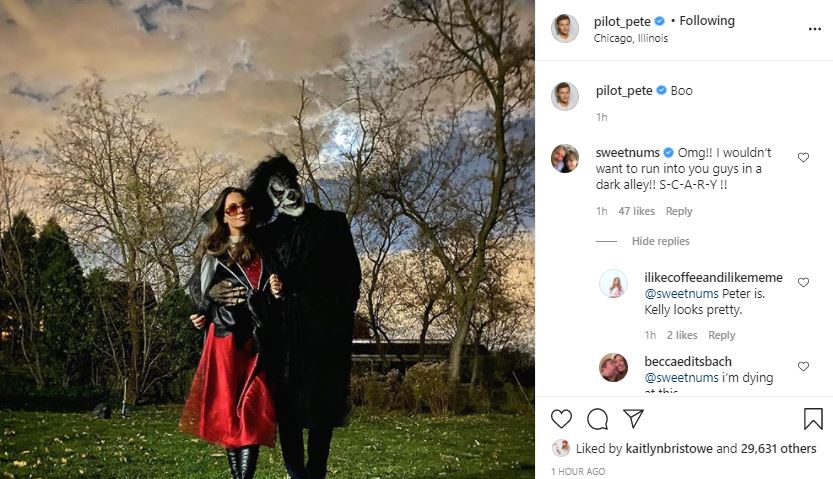 Meanwhile, People reminds fans that last year, Nick Viall “celebrated the spooky holiday…by dressing up as Peter Weber, often known as “Pilot Pete.” And he “even threw in some shade at the professional pilot in his Instagram caption. “Just a Pilot on a flight for love .. will probably crash into a windmill tonight.” He wore a bandage on his head, like Peter after his accident.

This year, Nick Viall simply confused everyone as he looked like Ryan Renolds and wrote, “Back to The Future 2 is the best because Superman is in it..” Bachelor fans scratched their heads over that one.

What did you think of Peter Weber in his Halloween costume? Do you agree he looks like a scary Babadook? Sound off in the comments below.