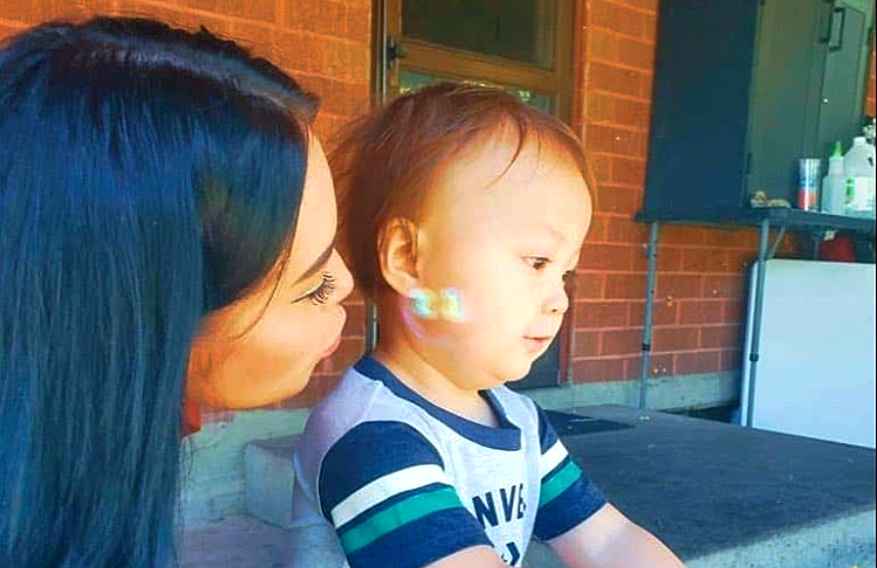 As fans of 90 Day Fiance: The Other Way know, Deavan Clegg has split from Jihoon Lee and is now with Topher Park, her new love. However, when she was still living with Jihoon in South Korea, it turns out she fell pregnant with a second baby. It was sometime during September 2019 that Deavan posted to a Facebook group for “Western girls married to Korean guys.” Clegg wrote that she was pregnant.

In her Facebook post, Deavan wrote that she was pregnant, but had no health insurance in Korea. She said she was clueless about how it works there. Clegg wrote: “I just found out my insurance is not international. I’m also unaware of how much it would cost to have a child here.” The TLC reality star also wrote that she was thinking of returning to her home country.

As noted by Screen Rant, Instagram user @90dayfiancememes01 got hold of a screenshot of the post and shared it.

When Deavan found out the Facebook post had been leaked, she was disappointed. It is a private Facebook group, meant only for foreign Korean residents. However, she headed to her Instagram stories to confirm the news.

Deavan wrote, “It’s sad to see my personal stuff being leaked when it’s a group I went to for advice on life in Korea.” She further asked her Instagram followers not to DM her to ask for more details. Her next IG Story read, “I’m not going to speak about it. I trusted this group and it was my safe place for a long time.”

In October 2019, Deavan shared the sad news on Instagram that she had suffered a miscarriage. Posting an ultrasound photo, she wrote in her caption, “We did end up losing our baby. We are heartbroken and focusing on healing. I want to apologize for not telling anyone sooner.”

Around May 2020, Deavan left Jihoon Lee and returned to the States with the two children. The couple is now in the process of getting divorced. As fans know, the 90 Day Fiance star has since become involved with American Korean, Topher Lee. They are now living together with Drascilla and Taeyang.

Eventually, sometime in May 2020, Deavan returned to the United States with her two kids. Now, the 90 Day Fiancé: The Other Way couple has decided to get divorced.

The family celebrated Halloween with major decorations on their porch, plus Deavan and Topher’s costumes were masks from the horror movie and TV series, The Purge. The couple looks pretty scary in the images above. This is especially so with Topher and his baseball bat.