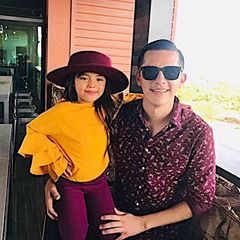 90 Day Fiance star Armando Rubio opened up about the tragic death of his wife and unborn child. His openness is giving fans insight into the grief he deals with daily.

A first for 90 Day Fiance

For the first time in the history of the 90 Day Fiance show, we met a gay, male couple. Armando Rubio and Kenneth Niedermeier are the first gay men to star on the popular TLC show. They have become fan-favorite as their stories unfold.

Kenneth, a 57-year-old from St. Petersburg, Florida met Armando, 31, from San Felipe, Mexico on an online support group for gay dads. Kenneth has three girls via IVF. Armando, a father of one, lost his wife in a tragic accident  Although there’s a 26-year-old age gap it hardly seemed to be an issue for the TLC couple. Both their kids on each side have come to accept each other, like family.

Armando Rubio was a married man

Armando revealed that he was married for six years before separating from his ex. She was around seven-months pregnant when she unexpectedly passed away.

The two split up for many reasons. According to Armando, one problem wasanger issues his ex was working on. The two were working on just being friends but it seems like anger ultimately sealed her fate. 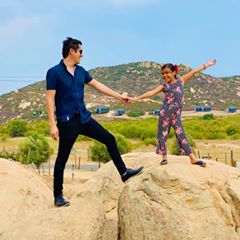 What he wrote about the tragic event

Armando took to Instagram to explain what happened “During the divorce proceedings and on the evening of her passing a disagreement took place over finances and I thought it would be best to leave the situation and return to my home.”

However, while he was driving back, he got hit by another car from behind. He revealed, “I was shocked when I was suddenly struck from behind and then was hit again.” Soon, he realized that it was his ex-wife, who was pretty angry with him. But, before he could react, she lost control of the vehicle. The car flipped, and Hannah’s mother lost her life on the scene.

He is trying to move one

Armando lost the mother of his child, and another child that she was carrying, during that awful accident. But it seems like he is finally ready to move on. Armando finally was able to come out to his family about his relationship with Kenneth. Sadly, most of his family was not accepting of his sexuality.

Despite that, the two are still together and want to marry. In a sneak peek by People.com we see that though they want to be married, Mexico won’t allow gay marriages. Continue to watch as their story unfolds.