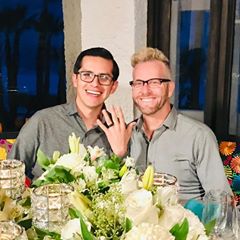 90 Day Fiance stars Armando Rubio and Kenneth Niedermeier are dealing with another heartbreaking roadblock on their journey to be married.

Too many issues for a couple in love

Kenneth and Armando are the first male gay couple on the popular TLC show. The two have been together for some time now and attempt to get approved for a marriage license in Mexico. In a sneak peek provided by People.com we see that it doesn’t go as planned. “Kenny and I have been talking about marriage for some years now,” says Armando. “It’s something we want, something we dream of. Today we are ready to make that a reality. We are going to the marriage office to apply for our marriage license.”

We don’t know what’s going on, so we deny you your right

The couple can be seen going to get their marriage certificate. They happily hand all the proper information needed to the clerk but their hopes are soon dashed. “We have to give you a negative answer,” the clerk tells them in Spanish.

Confused, and upset Armando tries to explain that it states online that same-sex marriages are legal. “In this case, we have a law that states, ‘No you, can’t,'” the clerk explains. “And we have a constitution that says, ‘Yes, you can.’ Sadly, we don’t have legislation that supports us to reform our code. The one that says we still can’t allow same-sex marriage to go through.” 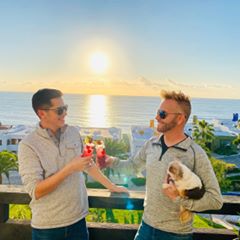 The heart break sets in

Kenneth who still is unable to speak Spanish looks for Armando to tell him what the clerk is saying. When Armando relays to Kenneth what the clerk said, he becomes emotional. Fans that have watched these two’s journey can understand the sadness and emotion. “I don’t think even seven words were spoken and it was ‘denied,'” Kenneth adds. “It wasn’t even a discussion. That’s their protocol, to deny you right away.” Armando states

Kenneth and Armando fell in love with each other

Armando and Kenneth met through a gay father’s support group. Both men have children with previous lovers. When the two met they immediately hit it off. After spending time together their love grew. This lead to Kenneth making the decision to move to Mexico to live with Armando and his daughter. While Kenneth’s family understands and accepts his sexuality, Armando’s family wasn’t as accepting. The two’s large age gap has been a problem with some of his family also. Although they have obstacles they are together and want to make their family work.

Fans can tune in to 90 Day Fiance: The Other Way Sundays on TLC.